Frank Angelo Clemente, accomplished businessman, devoted husband and father, passed away peacefully on Tuesday, March 22, 2016, in Troy, New York. One of the Greatest Generation and first generation Italian-American, Frank was born on October 2, 1926, in Troy to parents Salvatore and Maddalena (Valente) Clemente from Cervinara, Italy.
Frank and his devoted wife of 61 years, Mary Ellen (Rogers), also of Troy, brought six children into the world, all of whom grew up in their parents' lifelong Brunswick residence. The home provided a fun and loving childhood for Frank Jr. (Wendy) of Washington, D.C., Robert of Hartland, VT, David (Geri) of Aspen, CO, Phillip (deceased), Maribeth of Telluride, CO, and Paul (Queenie) of New York, NY. Frank is the beloved grandfather of six grandchildren (Nicole, Erin, Robert John, Rachel, Nina and Kyle); uncle of 18 nieces and nephews.
Frank was the seventh of eight children and is survived by sister Angelina Nigro of East Norriton, PA, brother Roger of Clifton Park, and sister Giavonna (Vonnie) Caldwell of Troy. Frank's eldest sister Rose M. Cronin passed away last July at the age of 103. He was also predeceased by siblings Natalina (Florida), Carmine (Troy), and Mary Sarah (Troy).
Frank graduated from LaSalle Institute and Manhattan College. During WWII he was on a military transport ship to Japan, where he rose to sergeant, becoming part of the post-war occupation force stationed in Sapporo and Tokyo for 3 years. His time in Japan cultivated his love of military music and inspired him to learn Japanese.
Frank was a highly respected Capital District businessman and president of Clemente Latham Concrete Corp. until he retired in 1995. He began his career in the 1940s working with his father, brothers Carmine and Roger, at Clemente Brothers. In 1957, he and Roger established their own firm, Latham Ready Mix. Their first big job was in 1959 supplying concrete for the Twin Bridges over the Mohawk River on Interstate 87.
Frank and Roger acquired Clemente Bros. from their father in the 1960s. During this period Clemente Bros. and Latham Ready Mix were run simultaneously until both companies merged in 1976 to form Clemente Latham Concrete Corp. The firm grew to be one of the largest suppliers of ready mix concrete in New York State. Other notable acquisitions included Standard Block (Beltrone Group), becoming Clemente Latham Masonry Supply in 1984; Valente Sand and Gravel, becoming Clemente Latham Valente Gravel Division in 1985.
The Company supplied a wide array of projects including the Nelson Rockefeller Empire State Plaza (at the time the largest construction project in the world), Adirondack Northway, NYS Thruway, SUNY Albany campus, Albany Medical Center, St Peter's Hospital, Walmart Distribution facility (Utica), General Electric, Watervliet Arsenal, Colonie Center, Crossgates, Corporate Woods, numerous residential real estate developments and other critical infrastructure in the region. Frank was known for his honesty, integrity and fairness, and was respected by employees, contractors and unions alike. His word, followed by a firm handshake, was all that mattered. His word was gold.
Besides his family and career, Frank had other passions in life - skiing, tennis, theater, music and the New York Giants. He and Mary Ellen began skiing in the northeast, loading their lively children into the station wagon on weekends and heading to Massachusetts, Vermont or upstate New York. He became an avid skier at the age of 46, taking a road trip to Colorado in 1973 with four sons and a family friend. He never looked back, spending time in Aspen, Colorado as often as he could, surrounded by family and always relishing powder skiing, aprés-ski and sunshine. After ski season he would spend summers at his home in Cleverdale, Lake George, where he began each day with a workout on his treadmill and exercise bike. Weekly tennis matches at the Troy Country Club provided opportunity to enjoy the company of his children and friends. Sundays were reserved for his beloved New York Giants - not to be missed wherever he was. Later in life, his lifelong interest in music and theatre was renewed by going to New York to see his favorite musicals, Boston to see the Pops and whatever might have been playing at Proctors in Schenectady.
Frank skied until he was 82, and until his 89th birthday exercised on his stationary bike for close to a mile a day while the Jersey Boys, Lawrence Welk, and Benny Goodman played in the background. Besides visits from his children and grandchildren, his greatest pleasure was having dinner with his family.
Most of all, Frank Angelo Clemente will be remembered by his loving family, friends and countless others for his amicable smile, gentle nature, sincerity and extraordinary humility.
A funeral mass will be held on Tuesday, March 29, at 11:30am at Our Lady of Victory Church, 55 North Lake Avenue, Troy, NY. Calling hours will be held Tuesday from 10:00 am to 11:30 am at church prior to mass. Burial to follow at St. Mary's Cemetery. In lieu of flowers, please make donations to the Samaritan Capital Campaign Fund, the American Heart Association or the St Peter's Foundation. Please visit

To plant memorial trees or send flowers to the family in memory of Frank Clemente, please visit our flower store.

Love you so much, Dad

I was honored to know Frank and have a wonderful friendship with him! 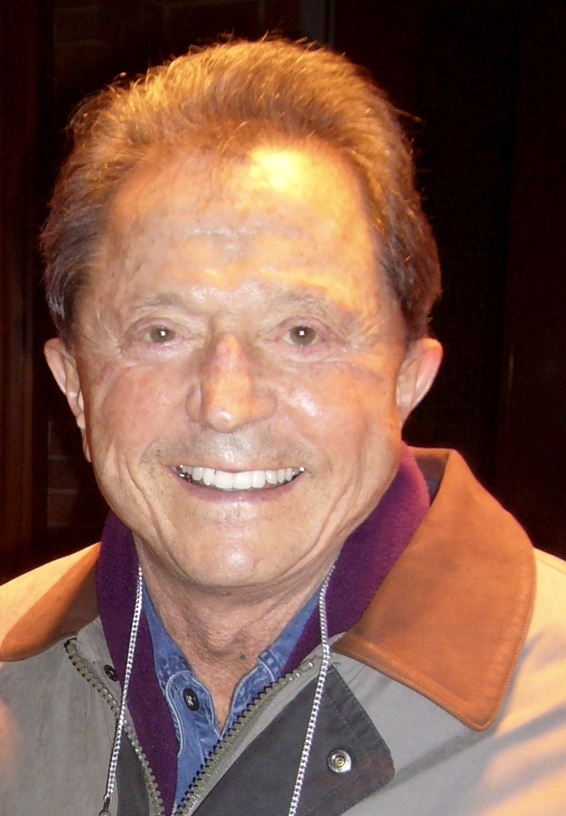