George L. Waugh 82, passed away peacefully surrounded by his loving family on Tuesday February 2, 2016 just three weeks after the passing of his beloved wife Peggy.

Born in Suffolk, Virginia he was the son of the late Thomas Knight and the late Mary Black.

George served as an elder in the South Albany Congregation of Jehovah's Witnesses for many years. George showed kindness and compassion to those around him as he touched the lives of so many. He truly was a friend to all.

He is also survived by his loving brother in law Wilbert (Ella) Brown, sister in law Thelma Graham, and his dear friend and traveling buddy Walter Hamlin.

He is pre-deceased by his brothers William Little and Russell Little, and his dear cousin Catherine Cowan, who was like a sister to him.

The family would like to thank Evergreen Nursing Home for their loving care of both George and Peggy.

A memorial service will be held on Saturday, February 6th at 1pm at the Kingdom Hall of Jehovah's Witnesses, 400 Albany-Shaker Road, Loudonville, New York with Mark McLaughlin officiating.

Family and friends are invited and may call Friday, February 5, 2016 from 4:00 to 7:00 pm at the McLoughlin & Mason Funeral Home, corner of 109th Street and Third Avenue, Lansingburgh.

To plant memorial trees or send flowers to the family in memory of George Waugh, please visit our flower store.

It was my pleasure to work with George for many years at the Office for the Aging. He was great to work with and he always made you feel better when you talked with him. Indeed, he was a friend to all in the Office. My thoughts and prayers are with you on the passing of George and his wife, Peggy.

Dear Gene, So sorry to read about both your Mom and Dad's deaths. George was truly a good man. He always had a smile on his face at the New York State Office for the Aging. He was friendly, helpful and a joy to work with. You and your family are in my thoughts and prayers at this very tough time in your life.

I offer my deepest and sincerest condolences to the Waugh Family. Brother and Sister Waugh were both pillars of faith and wonderful role models to so many of us. Today, I am saddened at such a great loss, but rejoice in knowing that George and Peggy will soon awake and be rejoined by all those whom they love and loved them in return. We serve an amazing loving God and his promises will come true. John 5:28 -Do not be amazed at this, for the hour is coming in which all those in the memorial tombs will hear his voice .... Con amor y sinceridad cristiana, Su hermana, Librada 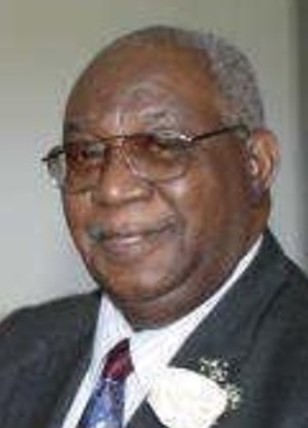