Lawrence E. Graber, 71, passed away Tuesday, March 29, 2016 at Samaritan Hospital, with his brother and sister by his side.

Born and raised in Troy, Larry was a graduate of Troy High School. He was the son of the late Edward J. Graber and Margaret Darrow Graber.

A thirty-one year employee of Niagara Mohawk Power Company, Larry was an equipment operator, retiring in 2003. He was a member of the Troy Lodge of Elks for over 30 years, and was a past member of the Elks Golf League at Frear Park. He also enjoyed RV camping and boating.

Larry is survived by his sister, Carol (John) Hansen of Clifton Park, his brother, Richard (Gayle) Graber of Brunswick, his brother in law William Bennett, and sister in law Ann Graber. He is also survived by many nieces, nephews and cousins. In addition to his parents, he was also predeceased by his brother, Robert J. Graber and sister, Marilyn A. Bennett.

A funeral mass will be held 9:00 am on Saturday, April 2, 2016 at St. Augustine's Church, Lansingburgh. Burial will follow at St. Mary's Cemetery. Family and friends are invited and may call from 4:00 pm to 7:00 pm on Friday, April 1, 2016 at McLoughlin & Mason Funeral Home, corner of 109th Street and Third Avenue, Lansingburgh.

Donations in memory of Lawrence E. Graber may be made to the charity of your choice.

To plant memorial trees or send flowers to the family in memory of Lawrence Graber, please visit our flower store.

Dear Carol, John, Aimee and Courtney, We were saddened to read of Larry's passing. You are in our prayers. Stephanie and Harry

So very sad to hear of Larry's passing. I have wonderful memories of visiting his home with Peg. In the summer there was swimming and picnics in the winter I can remember model trains in the basement. I can also remember him making me laugh by wiggling his ears. Love and prays to you all. 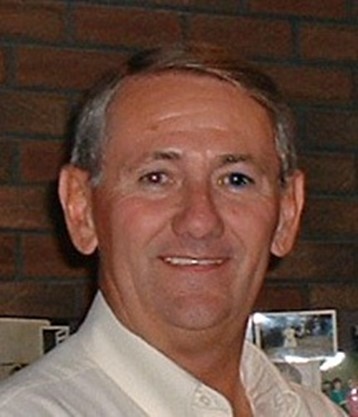