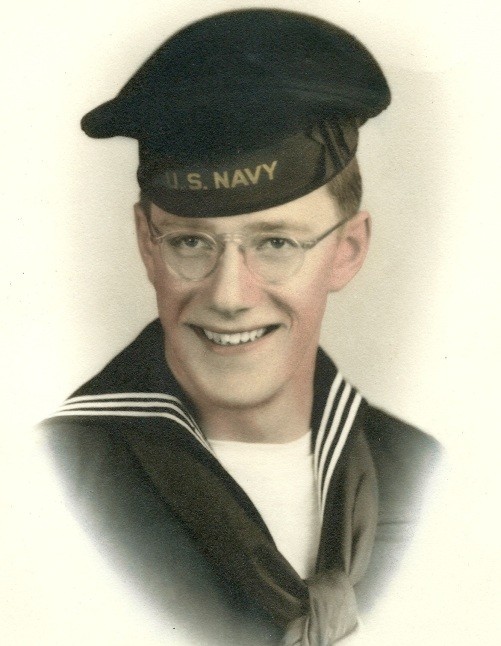 Allen M. (“Don”) Bailey, of 24 Birchwood Drive, Halfmoon, NY, died peacefully in his bed on March 10, 2017 at the Eddy Village Green in Cohoes while surrounded by his family.  He was born in Lansingburgh, New York in 1926. He was the son of David L. Bailey and Georgianna Leddick Bailey. Allen was a devoted husband and loving father and grandfather. He was pre-deceased by his wife, Dolores Tompkins in 2003. He is survived by David A. Bailey (Susan) of Vestal, New York, their three children Allison, Christopher, and Matthew, and Allen T. Bailey (Breanne) of Halfmoon, New York, his sons Lucas and Jonah, his goddaughter A. Georgia Holland of Troy, New York, and many nieces, nephews and cousins. Allen was also predeceased by his siblings David W. Bailey, Aurelia Wood, H. Leroy Bailey, Marie Eaton, Elizabeth Mattoon and Jay C. Bailey.

He graduated as a member of the Lansingburgh High School Class of 1946.   Allen served in the U.S. Navy during WWII as Seaman 2nd Class after training at Sampson Navy Base on Seneca Lake.  He was assigned to LST-127, “Old Flatbottom,” in San Francisco.  He was awarded the American Theatre Medal and the Victory Medal.

After serving in WWII, he attended the Veterans Vocational School in Troy, NY to learn the trade of radio and television repair.  He worked on rocket engines at the Malta Test Station, and was involved in the construction of nuclear energy facilities in Alaska and the Kesselring Naval Nuclear Laboratory in West Milton.  He then worked as an Electronics Technician at Knolls Atomic Power Laboratory and retired from the GE R&D Center in Niskayuna.

In the community, Allen was a Cubmaster for Shenendehowa Pack 45 and later a Scoutmaster for Troop 45 in Clifton Park.  Allen’s two sons both earned Eagle Scout, and all of his grandchildren have shared his love for scouting and the outdoors.

He was a member of the American Legion in Halfmoon, and a life member of the Apollo-King Solomon’s Lodge of the Masons in Troy.  At times he served as a Deacon and an Elder at the First Presbyterian Church in Lansingburgh.  More recently, he became a member of his wife’s family’s church, St. Basil’s Greek Orthodox in Troy.

Allen enjoyed camping with his family in the Adirondacks, vegetable gardening, and watching the New York Football Giants in the fall.  He was a HAM radio operator, and a general handyman for carpentry, masonry and electrical work.  He was always fascinated by the evolution and advances in technology including race cars, airplanes, space craft and computers.  Above all, his most enjoyable moments were during family meals and get-togethers.

His family wishes to extend grateful thanks to all his physicians, Father Manny, the staff of Ellis Hospital and the kindnesses shown by Eddy Senior Services. In lieu of flowers, the family requests that donations be made to St. Basil’s Greek Orthodox Church, 909 River St., Troy, NY 12180, attn: Father Emmanuel Mantzouris. Please visit www.mcloughlinmason.com.

To order memorial trees or send flowers to the family in memory of Allen "Don" Bailey, please visit our flower store.
Send a Sympathy Card