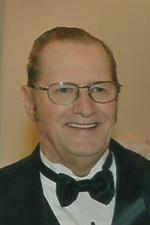 Andre A. O'Bomsawin, Sr., "Andy" 75, passed away Wednesday, February 5, 2014 in Community Hospice at Samaritan Hospital surrounded by his family.
Born in Odanak, Quebec, Cananda, he was the son of the late Paul and Claire O'Bomsawin and husband of the late Patricia Hyde O'Bomsawin who died in 2010.
Raised and educated in Canada on the Odanak Reservation, he was a member of the Abenaki Tribe. Andre moved to the United States when he was eighteen years old. He was a mechanic with Firestone in Troy for 35 years, retiring in 1997. Andre was devoted to his family and they were a source of deep joy to him. He loved spending time around the pool, picnics and traveling to Hampton Beach and Ocean City with his family. An outdoor enthusiast, he enjoyed fishing and hunting. He also enjoyed the racino, OTB and his pink sheets.
Survivors include his two sons, John (Alicia) O'Bomsawin of Wynantskill and Andre O'Bomsawin, Jr. of Clifton Park; his nine grandchildren, Alyssa Corie (James), Jonathan and Joshua O'Bomsawin, Nicole O'Bomsawin, Alexandra and Nathan Koniszewski, Dokata, Hunter and Kurt O'Bomsawin, his brother Desmond (Joan) O'Bomsawin of Melrose; his sisters in law, Bonnie (Charles) Mattoon and Jan (Tom) Roberts all of Troy, brother in law Herb Hyde (Barb) of Cohoes and several nieces and nephews. Andre was predeceased by his eight brothers and sisters and seven brothers and sisters in law.
The family wishes to thank the Samaritan Hospital ER, and the 6th floor staff for all their care and support. A special thank you to the Troy Fire Department.
Funeral services Saturday, February 8, 2014, 9:30 a.m. at the McLoughlin & Mason Funeral Home, corner of 109th Street and Third Avenue, Lansingburgh with Rev. Robert Loesch officiating.
Interment will follow at Elmwood Hill Cemetery, Troy.
Calling hours will be held on Friday, February 7, 2014 from 4 to 7 p.m. at funeral home.
In lieu of flowers, donations to the American Lung Association,3 Winners Circle , Suite 300, Albany, NY 12205 or Rensselaer County Community Hospice, 295 Valley View Blvd., Rensselaer, NY 12144
To light a candle and offer words of condolences please visit www.mcloughlinmason.com.

To order memorial trees or send flowers to the family in memory of Andre O'Bomsawin, Sr, please visit our flower store.
Send a Sympathy Card