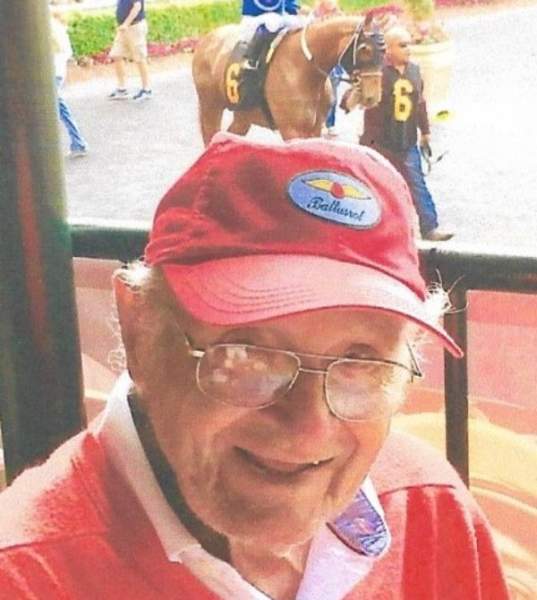 Anthony “Tony” D’Ottavio died peacefully at home in Troy on July 10 th, 2022. He was surrounded by

his children and caregivers. Tony lived for 102 years, a life marked by love and joy. He was a

connoisseur of fine dining and spent a lifetime dedicated to eating right and keeping fit.

Born in 1920 n Guilianova, Abruzzo, Italy, nine-month-old Tony emigrated from Italy with his

mother, Giacinta, while his father, Giovanni, who emigrated earlier in the year, awaited their

arrival in Red Bank, New Jersey. He was a thirteen-year-old school dropout during the height of

the Great depression when he went to work as a busboy in South Philly where he grew up. He

advanced to waiter, to captain, to maître d, to manager, and then to owner in restaurants

throughout Philadelphia and central Pennsylvania. He moved with his family to York in the

Pennsylvania Dutch residents. There he was known affectionately as “Mr. Anthony” because

his vowel-laden, unfamiliar surname was too unwieldy to pronounce.

World War II, but was rejected three times because of a heart murmur from a bout of

rheumatic fever as a child.

Tony was an avid golfer (3 holes-in-one) sporting a single-digit handicap, an aficionado of

horseracing and a whip sharp poker player. He loved to go to the track with his friends and, in

fact, had a horse named after him, “Tony D.” The truth is not really known whether the horse

won any races, but family lore has it that “Tony D” frequented the winner’s circle. Retired to

Ocean City in the early 2000s, Tony D’Ottavio was a regular at the nearby Atlantic City casinos

where he was often seen making, as he called it, his “daily deposit.”

Tony wholeheartedly embraced life, enjoying every minute with his many friends and family.

he gathered at annual family reunions to celebrate life, often at his home in Ocean City.

He was a life-long Phillies and Eagles fan. Although he was often disappointed by his

hometown teams, he never gave up hope that he would live long enough to witness another

Anthony D’Ottavio is survived by his children—Noreen McKee of Troy, Christine Dugdell of

Colorado Springs, Colorado, and Anthony of Margate, New Jersey. He has six grandchildren and

eleven great-grandchildren. He is pre-deceased by his son, John, and son-in-law, Steve McKee.

in Troy immediately followed by a Mass of Christian Burial at 11:00 a.m. In lieu of flowers, the

family requests that donations be made to Unity House of Troy. Please visit www.mcloughlinmason.com.

To order memorial trees or send flowers to the family in memory of Anthony "Tony" D'Ottavio, please visit our flower store.