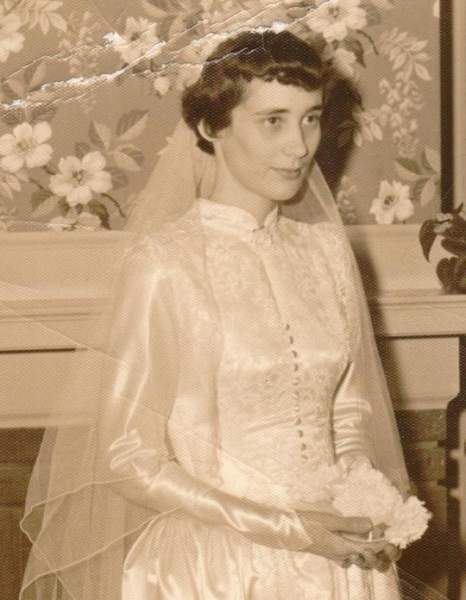 Troy-God acquired another angel when Arlene Lewis went to heaven on Wednesday, August 7, 2019 after a short illness.

Born in Troy on March 29, 1934 to Robert and Beatrice Morris, Arlene spent most of her life in the Troy area, other than a few years in Arizona while her children were young.  Arlene attended Troy grammar schools and Troy High School, and gained further education in the field of child development during her long employment as a teacher with Troy’s Seton Day Care Center.

She was married to Robert J. Lewis (now deceased), the son of Donald Lewis, a well-known Methodist Minister in the Troy area.

Arlene was modest, self-effacing, and generous in every way. Many in the family referred to her as “Saint Arlene.” She was a loving Mother, hard worker and good friend to many. In her earlier years she was a faithful member of United Methodist Women and enjoyed some good times with pals at Troy’s Germania Hall.

Practicing the Golden Rule came naturally to Arlene. As a member of the ‘sandwich generation’, Arlene spent boundless energy on her children’s needs while also lovingly managing the last years of her own dear Mother’s life  - the person everyone in the family called “Grandma Bea.”

Arlene excelled at the role of wife and mother……. and expressed her artistic talents in crafts like flower arranging just to bring joy to others.

With a gentle disposition and a completely non-judgmental nature, Arlene accepted people for what they were and she was quick to forgive others their missteps.

Arlene was patriotic, a good citizen, and a faithful voter her entire adult life.  She followed politics closely and formed strong views of today’s leaders, which she would never impose on you, but would be happy to share when asked.

Arlene did not go for fancy stuff.  But she loved to have family parties, especially picnics and Christmas gatherings. Her pumpkin pie and potato salad were the envy of many cooks. In recent years, birdwatching from the kitchen window was a special delight.  She was so nice that she did not mind the squirrels stealing food from the birds. “Squirrels Have to Eat, Too” would have been the title of a children’s book if she were the author. For daily entertainment she loved old black and white movies with happy endings.

There could not have been a better mother for her son Donald and daughter Barbara Jo and their children and grandchildren. And one of her great-grandchildren who lives here in the area was the apple of her eye.

Arlene also deeply loved and was a beloved sister to Marilyn, Bill, Jim, Barbara, and Deborah and their spouses, and to their children who became 16 nieces and nephews.  She was a wonderful daughter-in- law and sister-in-law to the Morris and Lewis family members, and a great friend to her coworkers and neighbors over the years.

The family is happy that Arlene’s final destination here on earth is Elmwood Hill Cemetery in Troy, which fulfills her wish to be at rest close to her parents.

Arlene would have asked that any donations inspired by her passing be made to any appropriate charity that helps improve the lives of those who need it most. Please visit www.mcloughlinmason.com.

To order memorial trees or send flowers to the family in memory of Arlene Lewis, please visit our flower store.