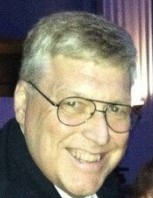 Arthur J. Farrington, 61, passed away peacefully on October 7, 2016 at Albany Medical Center with his family & friends by his side.

Arthur graduated from Kingsborough Community College, SUNY at Cortland and Brooklyn College with a Master’s degree in Education.

He married his wife Dolores in 1982 and lived in Brooklyn before moving to the Capital District in 1984. He has been a resident of Latham for the past 32 years.

Arthur was an excellent teacher and strong supporter of Catholic education on all levels. A loving educator  for St. Pius X, St. Casimir’s and La Salle Institute in Troy, previously the Middle School Principal, the religion teacher and most recent the Guidance Counselor. He was a LaSalle football coach for decades.  Art Farrington was a dedicated and loving person to his family, friends, students and colleagues.  The community and ministry of La Salle Institute has been blessed by Art's presence and dedication in so many ways. The world is indeed a better place because of this wonderful Lasallian educator.

Arthur was predeceased by his mother and father, his wife Dolores and sister Debbie Farrington Mann Greene.

In lieu of flowers, contributions in memory of Arthur may be made to the Ronald McDonald House, 139 South Lake Ave., Albany, NY 12208.  Please visit www.mcloughlinmason.com

To order memorial trees or send flowers to the family in memory of Arthur Farrington, please visit our flower store.