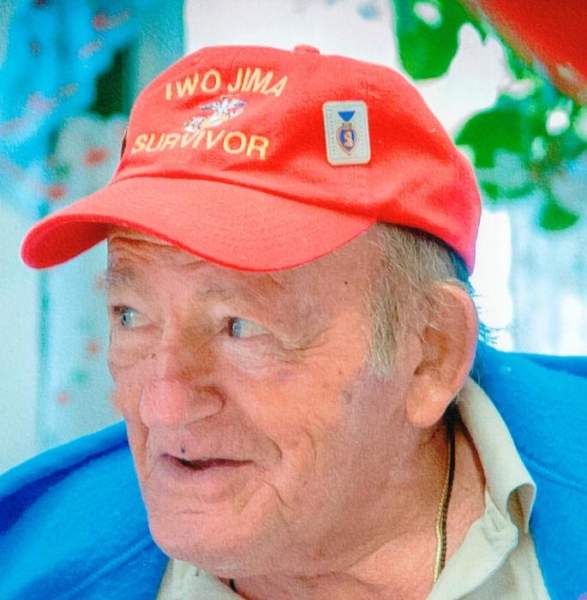 Carlo Valenti, 94, passed away peacefully on Thursday May 16, 2019 at Van Rensselaer Manor with his family by his side.

Born in Troy on January 6, 1925, he was the son of the late Carmen Valenti and Michaelena Sargese Valenti and the loving husband to the late Agnes Pluckrose Valenti, they were married 63 years.

Carlo served proudly in The United States Marine Corps serving in the 5th Marine Division, Company B, 28th regiment, he fought in Guam and Iwo Jima during World War II, Carlo received a Purple Heart, he also was an accomplished Boxer in the Marine Corps, he earned the nickname Duke. Carlo worked and retired from Norton Company in Watervliet. Carlo enjoyed vacations in Florida and Lake George. He also attended memorial gatherings for the Marine Corps.

In addition to his wife Agnes, Carlo was predeceased by his sisters Jenny LaPietro and Stella Bienick.

The family wishes to thank the staff on 2B at Van Rensselaer Manor and Community Hospice of Rensselaer County for their kindness and compassion.

Funeral services will be held 9:45 am on Monday, May 20, 2019 from the McLoughlin & Mason Funeral Home, corner of 109th Street and Third Avenue, Lansingburgh, and 10:30am at Sacred Heart Church, Pawling Avenue, Troy where mass of Christian Burial will be celebrated. Entombment with full military honors will follow at St. Mary’s Mausoleum. Calling hours will be held on Sunday, May 19, 2019 from 4:00 to 7:00 pm at the McLoughlin & Mason Funeral Home.

Memorial donations may be made to Disabled American Veterans www.dav.org/donate.  Please visit www.mcloughlinmason.com

To order memorial trees or send flowers to the family in memory of Carlo Valenti, please visit our flower store.