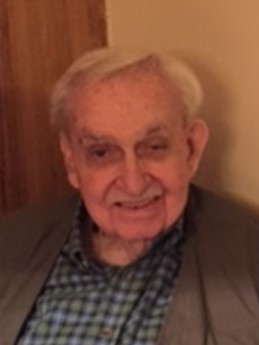 Born in Albany, he was the son of the late William Fagan and Anna Cross Fagan and beloved husband of the late Frances Kosakowski Fagan who died in 2011.

Raised and educated in Albany, he was a graduate of Albany High School, class of 1949 and Siena College, class of 1953.

Chris was an insurance salesman in the capital district with Metropolitan Life for over 50 years.  Chris will be remembered as a gracious, thoughtful and generous man who treasured his family and friends.  He influenced those whom he met with his understanding heart and his ready smile and genuine loving concern.  A sports enthusiast, he was a season ticket holder for the New York Giants and enjoyed watching all sports.  He especially enjoyed watching all his children and grandchildren play sports over the years.

Chris was predeceased by his brother William Fagan.

Relatives and friends are invited to attend the Funeral Mass at 9:30 a.m. on Monday, February 13, 2017 at St. Augustine’s Church, Lansingburgh.

Memorial donations in memory of Chris may be made to the Troy Public Library 100 second Street, Troy, NY 12180. www.thetroylibrary.org. Please visit www.mcloughlinmason.com.

To order memorial trees or send flowers to the family in memory of Christopher Fagan, Sr., please visit our flower store.