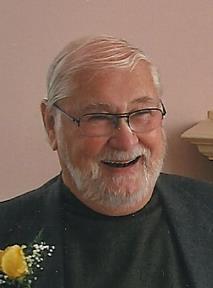 Clarence P. Gavitt, 84, of Eighth Avenue died peacefully at home on Tuesday, November 12, 2013 at his residence surrounded by his loving family.
Born in Troy, he was the son of the late Harold Gavitt, Sr. and Florence Smith Gavitt and beloved husband of Kathleen Bly Gavitt of Lansingburgh. They were married for 62 years.
Raised and educated in Lansingburgh, he attended Lansingburgh High School. He served in the United States Army during the Korean Conflict and served in the hospital at Camp Chaffee, Arkansas. In his younger years, Clarence had his own photography business and belonged to the Troy Camera Club. Clarence retired after many years as a dental technician at the Sam Stratton VA Medical Center, Albany. He previously worked at the Salmon Dental Lab and many other dental labs in the area. He enjoyed vacationing with his family a Hampton Beach, NH and in later years at Hilton Head Island, SC and Cape Cod. His hobbies were oil painting and gardening. He was a communicant for many years of St. Augustine's Church where he was an usher and had worked on the bingo and kitchen committees.
Survivors in addition to his wife, Kathleen, include seven children, Janice and Steve Waytkus of North Petersburgh, Linda and Lyn Cutulle of Ellicott City, MD; Deborah and Kevin Taylor of East Greenbush; Stephen and Maryann Gavitt of North Greenbush; Daniel and Karen Gavitt of Averill Park, David Gavitt of Rock Island, TN; Jeffrey and Laura Gavitt of Poestenkill and sixteen grandchildren; Nathan, Rebekah and Sarah Harrington; Matthew, Michael and Maria Cutulle; Caitlin and Brendan Taylor; Christopher, Jonathan and Gregory Gavitt; Makayla (David) Harris, Shane and Karah Gavitt; Kylie and Jessica Gavitt and two great grandchildren; Blake and Lia Jade Harris. Also survived by several nieces and nephews and three sister in laws.
Clarence was predeceased by his grandson James Harrington and three brothers William, Harold and Arthur Gavitt and his two sisters Elizabeth Wagar and Estelle Borden.
Relatives and friends are invited to attend the Mass of Christian Burial at 10:30 a.m. on Saturday, November 16, 2013 at St. Augustine's Church, Lansingburgh.
Burial will follow at Oakwood Cemetery.
Calling hours will be held on Friday from 4 to 7 p.m. at McLoughlin & Mason Funeral Home, corner of 109th Street and Third Avenue, Lansingburgh.
In lieu of flowers the family requests donations to the Community Hospice of Rensselaer County, 295 Valley View Blvd., Rensselaer, NY 12144 or St. Augustine's Church Heritage Fund, 25 - 115th Street, Troy, NY 12182.
To light a candle and offer words of condolence visit mcloughlinmason.com

To order memorial trees or send flowers to the family in memory of Clarence Gavitt, please visit our flower store.
Send a Sympathy Card