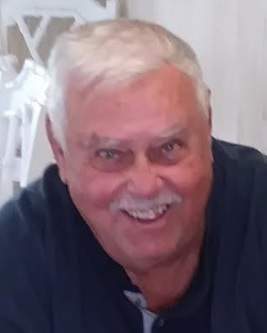 David E. Golden, 85 formerly of Waterford passed away on Thursday January 14, 2021. Born in Troy, he was the son of John Golden and Amelia Hussey Golden and the loving husband to Joan Michon Golden.

David attended Lansingburgh Schools, he proudly served in the United States Navy from 1953 to 1956. He worked for Manning Paper Company in Green Island as a machinist retiring after 33 years of service.

He was former member of the U.S. Power Squadron (Mohawk-Hudson Chapter), a member of Ravena-Coeymans yacht club, and the Spanish Lakes Riverfront Homeowners Association.

In addition to his loving wife Joan of Port St. Lucie, he is survived by his children Larry Golden of Waterford, NY, Susan Golden of Washington, D.C., David Golden of Schroon Lake, NY. Steven Golden of Troy and Mark Golden of Silver Spring, MD, his seven grandchildren and two great granddaughters.

Funeral services will be private at the Saratoga National Cemetery, Schuylerville, NY.

To leave a special message for the family, please visit www.mcloughlinmason.com.

To order memorial trees or send flowers to the family in memory of David Golden, please visit our flower store.