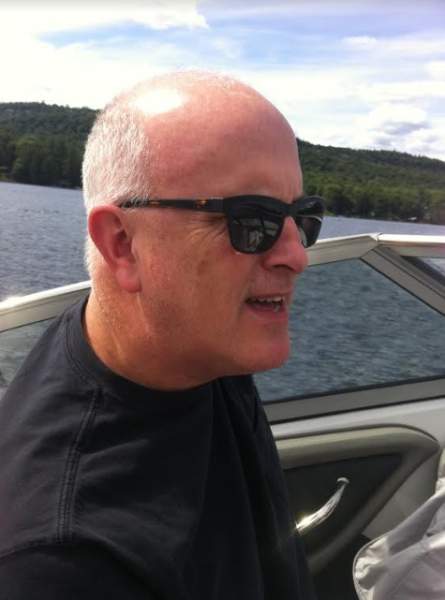 Dennis James Tompkins, 62, passed away at home surrounded by his family on January 25, 2020 due to complications of Multiple System Atrophy. Dennis was born in Rockville Centre, NY to Paul B. and Marie K. Tompkins.

Dennis began his more than 30-year career in public service with the New York State Assembly, where he started as a legislative associate and later served as Deputy Press Secretary for two Assembly Speakers. For eight years, he was Press Secretary to State Comptroller Carl McCall, before becoming Director of Media Relations for the state’s largest teacher union, NYSUT. He returned to public service at the State Comptroller’s Office, serving as Comptroller Tom DiNapoli’s Communications Director. Dennis concluded his public service and work career as Chief of External Affairs for the New York State Education Department, retiring in 2016. An extraordinary writer, Dennis was a collaborator and team player who made lifelong friendships in every job he held.

Dennis loved music and seeing his favorite bands in concert, especially the Boss. He had a wealth of knowledge about politics, history, film, literature, and travel. He especially enjoyed his years of working in New York City and prided himself on driving his own car (never the train) so he could blast his tunes on his weekly road trips.

Dennis’ hallmark was his sense of humor. He brought laughs and life to his family, friends, and to the workplace, where he once rode his bike down the hall delivering pizza to his colleagues. When illness altered his life, he still found ways to make those around him laugh. He was quite irreverent about his illness and often joked that he wanted a destination funeral, but didn’t know when to send the “Save the Dates”.

To know Dennis was to love him. He had so many dedicated friends who got him through the past few years with frequent visits, delivering many chocolate milkshakes and Ho Hos (which he somehow managed to hide from MG). Dennis cherished his family and to know him was to know them. He never missed an event in his children’s lives and was the best listener on the planet. A humble and selfless man, Dennis was happiest when helping someone else. Dennis knew what mattered in life, including a devout love of chocolate and having fun every day. In keeping with Dennis’ loving and generous spirit, it was his decision to donate his brain to the Mount Sinai Icahn School of Medicine so that research may be done for others suffering from MSA.

Dennis’ family is so grateful for the care he received, especially from Angela Eden and Kurt Fluhler.

Family and friends are invited and may call on Thursday January 30, 2020 from 4:00 pm to 7:00  pm at the McLoughlin & Mason Funeral Home, corner of 109th Street and Third Avenue, Lansingburgh. Funeral Mass will be celebrated at 11:00 am on Friday January 31, 2020 at St. Jude the Apostle Church, 43 Brookside Avenue, Wynantskill. Burial will follow at St. Mary’s Cemetery, Troy.

In lieu of flowers, donations may be made to Hope Soars, 1410 Maple Hill Rd., Castleton-On-Hudson, NY, 12033 or at hopesoars.org. Please visit www.mcloughlinmason.com.

To order memorial trees or send flowers to the family in memory of Dennis Tompkins, please visit our flower store.