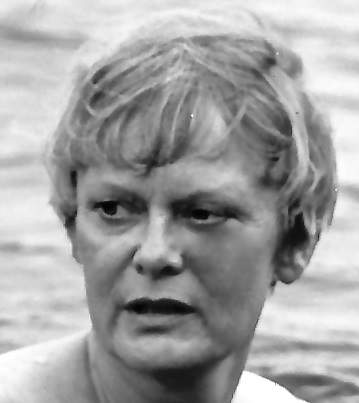 The daughter of the late Joseph and Elizabeth Bloomer, Diana was born at home in Watervliet, New York on May 13, 1933. In 2019 she celebrated the sixty-eighth anniversary of her marriage to George E. Shear, with whom she had four children, Richard (and wife Pam) of Darien, Connecticut, Scott (and wife Katharine) of Boston Massachusetts, Laura of Reston, Virginia, and Peter (and wife Sue) of Poughkeepsie, New York. The couple has seven grandchildren and three great grandchildren. She is survived by her sister Marlene Wilklow and her husband Ted of Endwell, NY.

Diana was a loving wife and mother. Early in her marriage, while attending to her young family, she became active in community affairs, as President of the Ridgefield, Connecticut League of Women Voters, and as a candidate for the local Board of Education. Interested in architecture, she enrolled in college and earned an associate degree in architectural drafting with emphasis on design.

As her career progressed she found positions with architectural firms in Connecticut, Washington, DC and New York City where she specialized in planning and design of office space for large, commercial clients.

In Washington, she joined Jimmy Carter’s brand new Department of Energy, and was lead on a design team that moved DOE into offices in the I.M. Pei designed L’Enfant Plaza.

On moving to New York City in 1982, she participated in the design of the headquarters building for the Republic National Bank on Fifth Avenue at 33rd Street. She then spent a number of years with Swanke, Hayden and Connell, the architectural firm responsible for the 1985 restoration of the Statue of Liberty, and 2,000,000 SF of new office space for American Express. Later, with the firm Retail Concepts, she was part of a team that renovated the original Brooks Brothers store on Madison Avenue in New York, and designed their retail store that occupies the ground floor of the Terminal Tower Building in Cleveland.

George and Diana spent time together living in Ithaca, NY, Pensacola, FL; Oakland, CA; and Ridgefield, CT. They lived for twelve years in Washington, DC, then over twenty years in New York City. In retirement, in 2006 they purchased a condominium in Powers Park Lofts in Troy and for decades they have enjoyed “Camp”, - their cottage on Spring Lake near Sand Lake, NY.

A memorial service will be held at a later date.

To order memorial trees or send flowers to the family in memory of Diana Shear, please visit our flower store.