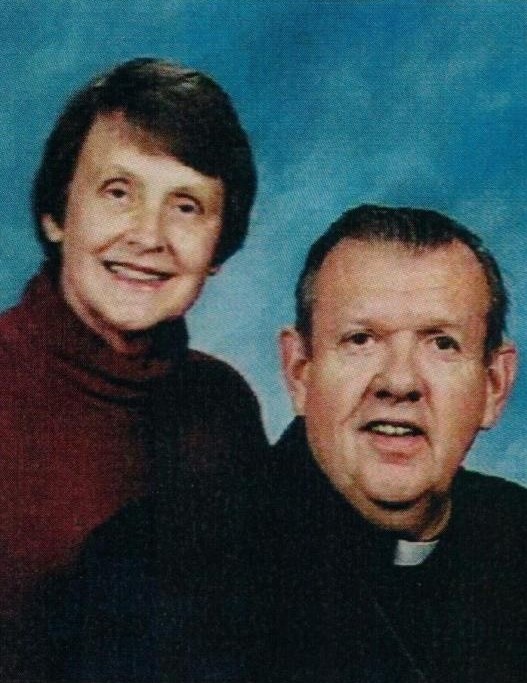 Diane H. Leach, 74, passed away suddenly at Albany Medical Center on Monday, February 20, 2017 and is now rejoicing in the Lord. She was born April 3, 1941 in Buffalo, New York, the daughter of Wesley and Grace Handy.  She graduated from Iroquois High school (Elma, New York) in 1958 and Cornell University in 1962. In 1963 she married the love of her life, The Rev. Fredric F. Leach who pre-deceased her in June 2016.  Mom and Dad began their life together in New Haven, Connecticut where Mom worked and Dad attended Berkley Divinity School at Yale.  Following Dad’s ordination to the Episcopal priesthood in 1968, they moved to Orchard Park, New York.  They became parents in 1971 and again in 1974 while living in Randolph, New York.  Mom’s love, faith in God, strength, and devotion created the structure needed to carry her family along the journey to La Junta, Colorado;  Gouverneur, New York; Troy, New York, Mechanicville, New York, and, most recently, Schaghticoke, New York.  Mom was a devoted wife, mother, grandmother, great-grandmother, sister, aunt, and friend who gave of herself selflessly, lovingly, and, without fail, unconditionally.  She is survived by her sister and brother-in-law Donna and Bob Smith of Elma, New York; brother and sister-in-law Fred and Sandra Handy of Williamsville, New York; her son Nathaniel, daughter Sarah, granddaughter Brittnay, grandsons Gabriel and Jacob, and great-granddaughter Olivia, all of Troy New York. A funeral service with Bishop William Love as celebrant honoring the memory of Mom will be held on Saturday, February 25, at 2 PM at Trinity Episcopal Church in Lansingburgh.  Following the service, there will be a reception in the parish hall where friends may visit with the family. The burial service will be private.  Contributions in memory of Mom may be made to Trinity Church Memorial Fund Po Box 212 Troy, NY 12182. Please visitwww.mcloughlinmason.com.

To order memorial trees or send flowers to the family in memory of Diane "Alice" Leach, please visit our flower store.
Send a Sympathy Card