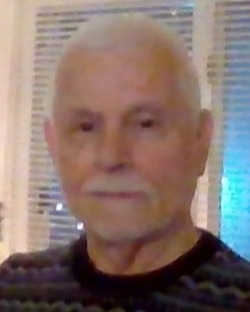 Troy-Donald Pafundi, 83 passed away on Sunday, December 18, 2022, at his home surrounded by his loving family.

Born in Troy on February 27, 1939, he was the son of the late Anthony J. Pafundi and Phyllis Mazzarillo Pafundi and the loving husband to Anneliese Laier Pafundi.

Donald attended Troy City Schools and Christian Brothers Academy where he played on the basketball team. Donald served in the United States Air Force from 1956 to 1959. He worked as a machinist for Ford Motor Company, he worked 26 years in Green Island and 12 years in Plymouth, Michigan. He lived in Michigan and moved to Garden City Beach, South Carolina from 1996 to 2002 and then back to the Troy area.

Donald was a member of the Watervliet Elks B.P.O.E. 1500, the Senior Center of Watervliet, the Cohoes Senior Center, and Our Lady of Victory Church in Troy and he was an avid golfer. He took great pride in being a Ford Ambassador very dedicated to the Ford Family.

In addition to his wife Anneliese, he is survived by his son Nicholas A. Pafundi of Waterford; and his brothers and sisters-in-law: Edgar Laier, Rose and John Hally, and Hilda Kern.  He is also survived by several nieces and nephews.

Funeral service and military honors will be held at 12:30 pm on Thursday, December 22, 2022, at the Saratoga National Cemetery, Schuylerville. Family and friends will meet at the cemetery entrance at 12:15 pm. In lieu of flowers, memorial donations in memory of Donald may be made to Community Hospice, Gift Processing Center, 310 S. Manning Blvd. Albany, NY 12208 www.communityhospice.org/donate

The family would like to thank Community Hospice, Samaritan Hospital 6th Tower, and the Troy First Responders. Please visit www.mcloughlinmason.com

To order memorial trees or send flowers to the family in memory of Donald Pafundi, please visit our flower store.

Family and Friends will meet at cemetery entrance at 12:15 pm on Thursday December 22, 2022