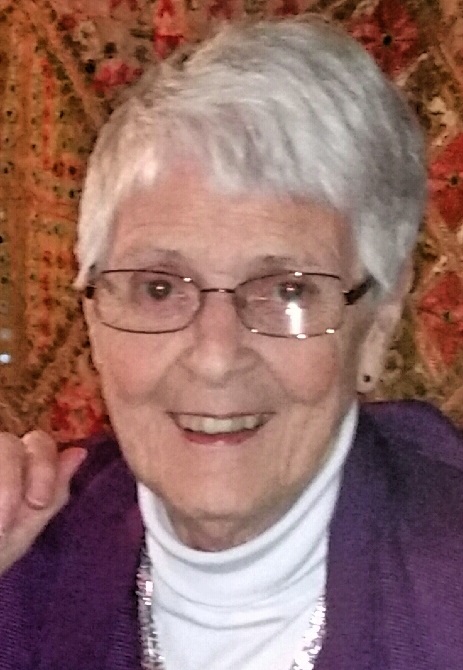 Dorothy was born on the Harvey family farm on Tollgate Road in Mexico, NY, on Saturday, February 27, 1932. After graduating high school from Mexico Academy, Dorothy moved to Syracuse where she attended Central City Business Institute and met her husband, Roy, whom she married in 1953. They settled in North Syracuse and raised three children. Dorothy worked as a sales secretary for 21 years at Morse Manufacturer in East Syracuse, retiring in 1994. Following her retirement, Roy and Dorothy relocated to Panama City Beach, FL, and were active in the Noah’s Ark Snowbird and Locals Club, where they square danced, played bridge and socialized. Several years after Roy’s death in 1998, Dorothy moved to Lombard, IL, to be near her older daughter and her family. In 2015, Dorothy moved to Troy, NY, where she lived six blocks from her younger daughter.

Dorothy was an accomplished pianist and vocalist, and avid bridge and Scrabble player. She traveled extensively with her husband throughout the contiguous U.S., Hawaii, Canada, England and Scotland. Known for her keen sense of humor, she was affectionately nicknamed “Aunt Goof” by her nephew when he was a child, a name still used by family. She read the newspaper daily throughout her life and relished political debate. Dorothy was a member of the Order of the Eastern Star, rising to Worthy Matron in 1980; a congregant and board member of the Malden Road United Church of Christ; a member of the Women’s Civic Club of Panama City Beach, FL; and, in her 70s, the elected board president of her condominium building in Illinois for five years.

Please join Dorothy’s daughter Cheryl in a celebration of her mother’s life on Sunday, April 9 at 1:30 p.m. at the Malden Road United Church of Christ, 108 Malden Rd, Syracuse, NY 13211. In lieu of flowers, please consider a gift of support in Dorothy’s name to the church.

Arrangements are under the direction of McLoughlin & Mason Funeral Home. To share memories, express condolences and sign the guestbook, please visit www.mcloughlinmason.com.

To order memorial trees or send flowers to the family in memory of Dorothy Bellus, please visit our flower store.