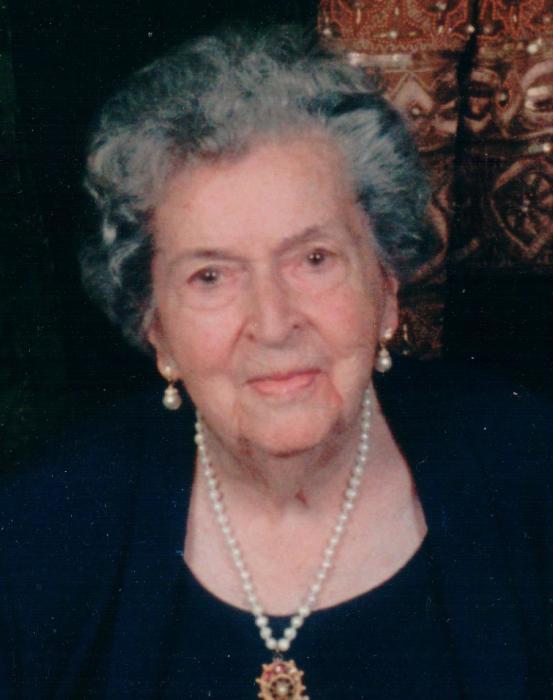 Hyde Park-Dorothy Jeanne Flanigan Raftis of Hyde Park died November 24, 2017, peacefully, of natural causes. Born on February 23, 1908, she was 109. Her life spanned the era of horse-drawn carriages and highbutton shoes, to jet planes and moon landings. She is survived by her daughter Peggy Jeanne Bendel (Robert Gjestland) of Tucson, AZ and son Jay Raftis (Nancy) of Hyde Park; three grandchildren, Christopher Raftis of Kingston; Patrick Raftis (Leah Pollack) and Melissa Raftis, both of Hyde Park; step-granddaughter Margot Black (Robert Aboulache); step-greatgrandson Jett Aboulache Black; and great-granddaughter Adelise Nova Raftis. Nieces and nephews include Ellen O’Neil Tolan; Michael O’Neil; Beth Delaney (Robert); Colleen Wagner (Donald); Tom Slavin (Mona); Kimberly Rocco (Richard); Mari Wachtel (Chris); and Libby McCarthy (Dennis), all of Troy; David Kelly (Jay Hoffman), San Francisco; and Suzanne Wytrwal (Bill), Latham. Dorothy was predeceased by her husband Jerry Raftis in 1994, after 52 years of marriage; her parents Martin and Elizabeth (Hunt) Flanigan; her brother Martin Ellsworth Flanigan; four younger sisters Helen Flanigan; Betty O’Neil; Peggy Kelly; and Lillian Slavin, all of Troy; her son-in-law Richard Gussaroff; her nephews Martin Kelly; Jim Kelly and Richard Slavin; and nieces Maureen O’Neil and Patty O’Neil. A 1926 graduate of Catholic Central High School, and a 1930 graduate of New York State College for Teachers (now SUNY Albany), Dorothy worked for the State of New York in Albany before transferring to a position for the now-defunct New York State Censor Board in New York City, which entitled her to a pass providing complimentary access to every movie theater. An avid traveler, she renewed her passport when she was 99 and took two international trips when she was 100. She and her late husband traveled to six of seven continents; after his death, she traveled with her widowed sister Peggy Kelly, her nephew David Kelly, Jay Hoffman and Christine Nadeau. She was the family story-teller, with amusing tales of their childhood and her travels. Always family-focused, she dearly loved her children and was extremely proud of her grand-children, delighting in her great-granddaughter, as well. She read Barron’s every week through her 90s, and made her own investment decisions, beginning with her “coupon money” when she retired. She enjoyed trips to Atlantic City and Las Vegas, and watching Dancing with the Stars (despite the “skimpy costumes”). A talented seamstress, she made all of her daughter’s clothing through childhood and much of her own; she would have enjoyed a career designing baby and children’s clothing. The family is grateful to Elaine Graham for her devoted care, which extended and enriched Dorothy’s life.

Funeral services will be held on Wednesday November 29, 2017 at 8:45 am at the McLoughlin & Mason Funeral Home corner of 109thStreet and Third Avenue, Lansingburgh, and at 9:30 am Our Lady of Victory Church 55 South Lake Avenue, Troy where Mass of Christian burial will be celebrated, Reverend Randall Patterson, Pastor will be officiating. Burial will follow at St. Mary’s Cemetery, Troy. Calling hours will be held from 4:00 pm to 7:00 pm on Tuesday, November 28, 2017 at the funeral home. Please visit www.mcloughlinmason.com.

To order memorial trees or send flowers to the family in memory of Dorothy Raftis, please visit our flower store.