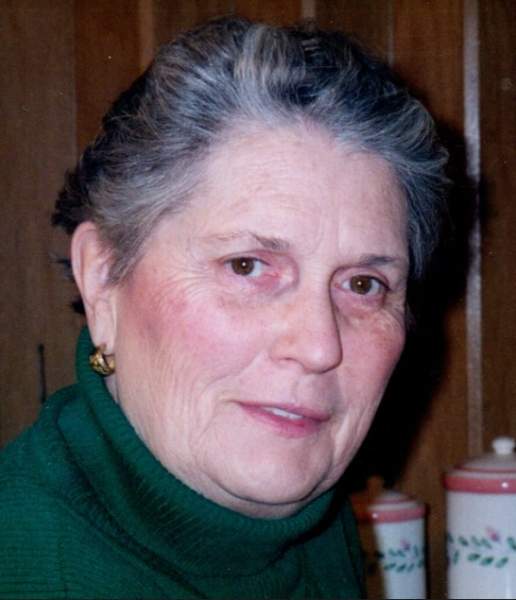 Gathering of Family and Friends

Edna Yamin (née Watson), 91, of Troy, New York, passed away on Friday August 30, 2019 with her loving family by her side, at Samaritan Hospital in Troy, after a long battle with Alzheimer’s.

Edna Yamin was born in, and was a lifelong resident of, Troy.  She attended Sacred Heart School and graduated from Catholic Central High School.  Edna took courses at Eastern Michigan University and ultimately earned her bachelor’s degree in Education and a master’s degree in Early Childhood Education from St. Rose College in Albany.

Edna married George J. Yamin, also of Troy, in 1953.  They enjoyed a wonderfully happy marriage for over 50 years, until George’s death in 2004.  She is survived by her three children: George J. Yamin, Jr. (Margaret), an attorney in Chicago, Illinois; Mary S. Yamin-Garone (Gene), a writer and editor in Niskayuna, New York; and David Yamin (Janice), an attorney and data scientist in Sarasota, Florida. Edna has two granddaughters: Rose Yamin and Alina Yamin of Chicago.

Edna loved music and was an accomplished piano player and teacher.  She operated L’Ecole de Musique — her original and highly-regarded musical pre-kindergarten — from her home on Myrtle Avenue in Troy in the mid-1970s.  From 1976 through 1984, she taught pre-kindergarten and, later, kindergarten, at Sacred Heart School. In 1984, she joined the Troy public school system, where she taught kindergarten until her retirement in the early 1990s.

Edna also loved laughter, and her joyful and fun-loving spirit brightened the lives of everyone who knew her. She was a long-standing fan of the movies and enjoyed golf and regular walks with her beloved husband.

Both Edna and George were devout Catholics and served as Ministers of the Eucharist at Sacred Heart Church.

The family would like to extend their heartfelt thanks to Sharon Gavin Paterniani and Mary Christine Yamin for their support throughout Edna’s journey and the staff at Van Rensselaer Manor, especially Katie, Jana and NuNu, for their loving care of Edna.

There will be no calling hours. The family will receive visitors on Thursday September 5, 2019 from noon to 1:00 pm at Sacred Heart Church, 310 Spring Avenue, Troy. A mass of Christian Burial will follow at 1:00 pm. Interment will be at St. Jean’s Cemetery, Spring Avenue Extension, Troy. Memorial donations in memory of Edna may be made to the Alzheimer’s Association, 4 Pine West Place, suite 405, Albany, NY 12205 or www.alz.org.

To order memorial trees or send flowers to the family in memory of Edna Yamin, please visit our flower store.

Gathering of Family and Friends