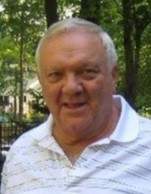 Edward J. Doin, Sr. died peacefully on Sunday, November 3, 2019 surrounded by his four children. Born in Troy, he was the son of the late Ernest Doin and Mary Brown Doin. Raised and educated in Troy, he served proudly in the United States Army. Ed worked at the Ford Motor Company plant in Green Island, NY. Ed enjoyed soaking up the sunshine in his backyard with his transistor radio blasting to 70’s music, going to the Halfmoon Diner with his brother and friends, hanging out by the grill with his son having red wine and steaks, family trips to Glass Lake with Esther and his kids, eating a pound of spaghetti, attending mass and social functions at Van Rensselaer Manor, telling everyone he loved “you’re the best”, and especially time with his grandchildren with one million kisses at each goodbye. Thank you to the nurses, aides and staff at the van Rensselaer Manor for helping take care of him as he lovingly referred to them as “the girls”.

Funeral mass will be celebrated 9:30 am on Thursday, November 7, 2019 at St. Augustine’s Church, 25 115th Street, Troy. Burial will follow at St. Joseph’s Cemetery, Troy. Family and friends are invited and may call from 4:00 pm to 7:00 pm on Wednesday, November 6, 2019 at the McLoughlin & Mason Funeral Home, corner of 109th Street and Third Avenue, Lansingburgh.

Donations in memory of his grandson Joseph may be made to www.joyfromjoseph.com.

To order memorial trees or send flowers to the family in memory of Edward Doin, Sr, please visit our flower store.