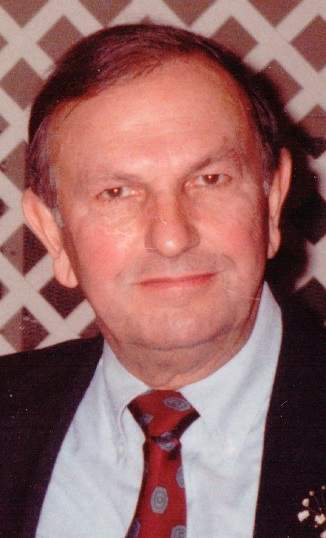 Cohoes-Gardner I. Haff, 96, of Cohoes, passed away peacefully on May 9 at Ellis Hospital with family by his side.

Born on October 1, 1922, in Amsterdam to the late Walter and Ethel Rogers Haff, Gardner graduated from Wilbur H. Lynch High School in Amsterdam in 1941.

After working in Mohawk Carpet Mills for a short time, he went through the General Electric Apprentice Toolmaker course in Schenectady. After finishing, he enlisted in the Army Air Corps during World War II and served for two years.

Upon his return he resumed working for GE at the Knolls Atomic Power Laboratory. He was primarily involved in the manufacturing area which included procurement of nuclear hardware, subcontractor evaluations and as a manufacturing field rep providing liaison between suppliers and KAPL engineering. At the time of his retirement after 44 years with GE, he was a procurement specialist in service engineering.

He enjoyed sports and music throughout his life. He was an avid tennis player in his early years. He started playing clarinet in grade school and continued with the high school band, then saxophone in dance bands in Amsterdam, Schenectady, the Army Air Corps, Troy and Cohoes. He later taught saxophone privately.

Another of his pastimes was sailing on Lake George and at Cape Cod when vacationing with his family. He also enjoyed maintaining and renovating his home.

He was a member and past elder of the First Presbyterian Church of Lansingburgh. He was also a member of the Apprentice Alumni Assoc., KAPL Retirees Luncheon Group and GE Retirees Quarter Century Club.

Gardner was predeceased earlier this year by Jane, his wife of 70 years.

He was also predeceased by his sister, Eileen Patenaude, and brother, Carlton Haff.

Above all, "Papa" was devoted to his wife and family, always loving, generous and supportive, and providing a warm, welcoming and fun environment. He will missed dearly by all who knew him.

Relatives and friends are invited and may call on Tuesday, May 14, 2019 from 11:30am to 1:00pm at the McLoughlin & Mason Funeral Home, corner of 109th street and 3rd avenue, Lansingburgh. A funeral service will follow at the funeral home with Rev. E. Allen Siebold officiating. Burial to follow at Memory Gardens Cemetery, Colonie.

To order memorial trees or send flowers to the family in memory of Gardner Haff, please visit our flower store.