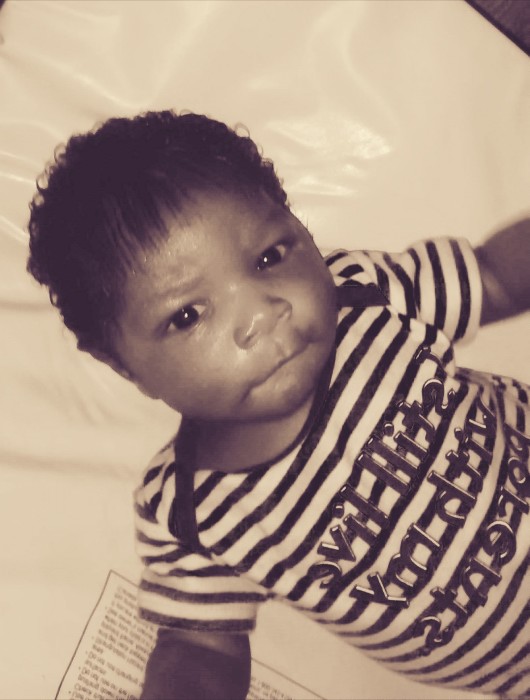 Halian Myere Carey was born to Nailah Coley and Robert Carey on July 23, 2016 at 5:05 P.M. Halian was born healthy and filled with love. He was the apple in his Mother and Fathers eye. To those that know Nailah personally we all knew that she wanted to become a mother so when she did this was one of the best things that could have happened to her. Hailan was a really happy baby that was filled with so much joy. He was so warm and cuddly. You had no choice but to fall in love with the little guy. We can go on and on about how much he meant to those that was closest to Nailah and Robert but then we would be here all day with tears in eyes and pain in our heart. Although his life was short lived his little soul touched a lot of hearts. His Memory will not die it will forever be lived on. Halian was blessed to be surrounded by his Grandmother Ayesha and his Grandfather Maurice SR. He had a slew of uncles and aunts. His aunts Barbara and Malaysia. His uncles Tyrone, Maurice Jr, and Robert. He had several Cousins, Great Uncles and Aunts who adored him. As the family we are not saying goodbye we are saying until we meet again. You are now with God you perfect angel. Sleep in Peace Halian you will be missed.

To order memorial trees or send flowers to the family in memory of Halian Myere Carey, please visit our flower store.
Send a Sympathy Card