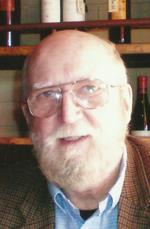 Jerome K. "Jerry" Frost, loving husband of Carol, devoted father of Arthur, Carl, Anya, Jonah and Jerome F. "Jay" Frost, and son of Carl K. and Madeline Frost, passed away on Tuesday, September 23, 2014 after a brief illness. He passed at home with his wife by his side. Jerry was born in Troy, built his dream home in Speigletown for his family, and practiced law in Troy. Jerry graduated magna cum laude from Siena College in 1962 and valedictorian from Boston College School of Law in 1965, where he received a full academic scholarship. He was the editor of the well-respected Boston College School of Law Review and published a book on the Uniform Commercial Code while a student at BC Law, also earning membership into the prestigious Order of the Coif, an honorary scholastic society recognizing law students who have attained the highest grade of scholarship. He was a noted criminal defense, personal injury and matrimonial attorney who earned the respect and admiration of all members of the legal community, from judges and fellow attorneys to the clients he represented. He was a member of the Rensselaer County Bar Association and the New York State Defender's Association. He was also recognized in Who's Who, Who's Who in American Law, and Best Lawyers in America, and attained a rating of AV Preeminent by Martindale-Hubble, the highest rating possible for an attorney. Jerry was appointed as Rensselaer County Public Defender in 1995, holding that position until his retirement from public service in 2012. In 2011, the New York State Bar Association awarded him the Denison Ray Criminal Defender Award; an award given to those attorneys in public service whose work best represents the ideals of indigent criminal defense. Jerry had many celebrated legal victories, arguing cases across New York, including several times at the Court of Appeals, New York's highest court, where he most recently won a landmark decision in February. Jerry was deeply involved in his community, coaching Little League for many years for his children and serving as the Player Agent for the Lansingburgh Little League. He was an extraordinary grandfather who participated in Little League, CYO basketball and Pop Warner football. He was a lifelong Red Sox fan, enjoying many games at Fenway Park with his friends, children and grandchildren, even organizing a "Frost Boys at Fenway" outing, and attending Game 2 of the 2007 World Series. Along with his wife and children, Jerry leaves behind his grandchildren Matthew, Hayden, Emily, Nicholas, Madeline, Carley, Luke and Nathan, his siblings Virginia, Eugene and Susan, and numerous nieces and nephews. He was a communicant at St. Jude the Apostle in Wynantskill, where he was a lector, and a Eucharistic minister at St. Anthony's Church in Troy. Jerry had a passion for France, taught himself fluent French, and enjoyed and collected fine wines. He equally enjoyed a fine glass of wine, a single malt scotch and cigar, or a Foster's Oil Can. He was an avid bicyclist having participated in several bicycle tours throughout Europe. Jerry was greeted in Heaven by his parents, his brother John and sisters Judith and Nancy, and his grandson Joseph. A Mass of Christian Burial will be celebrated at St. Jude the Apostle Church, 42 Dana Avenue, Wynantskill, on Saturday, September 27 at 12:00 p.m. with the Rev. Anthony Ligato. Calling hours will be on Friday from 4 to 8 p.m. at the McLoughlin & Mason Funeral Home, 8 - 109th Street, Troy. Interment will be at St. Agnes Cemetery in Menands. In lieu of flowers, contributions may be sent to Joy From Joseph, Inc., in care of the funeral home. For a guest book and service directions, visit mcloughlinmason.com

To order memorial trees or send flowers to the family in memory of Jerome Frost, please visit our flower store.
Send a Sympathy Card