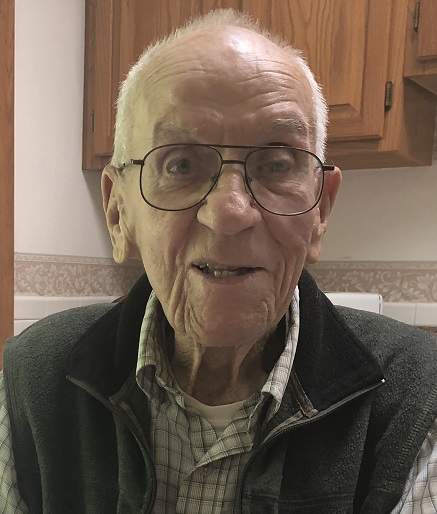 At the tender age of 16 and at the height of WWII, John chose to enlist in the Marines and distinguished himself in the Pacific Theater in which he served valiantly. As a Corporal and as member of an assault engineer platoon, attached to the 1st Battalion, 25th Marines, 4th Marine Division, he was in combat in Kwajalein Atoll-Roi Namur, Saipan-Tinian, and Iwo Jima.

He is noted for raising the American Flag on Saipan to mark the securing of the island. Furthermore, he has received many prestigious military awards including: The Purple Heart, Presidential Unit Citation with 1 Bronze Star, American Campaign Medal, Asiatic-Pacific Campaign Medal with 4 Bronze Stars, WWII Victory Medal, Combat Action Ribbon, and Commendation Citation. He was wounded at Iwo Jima and most of his company was killed.

John ran his own Home Remodeling and Carpentry business and by his own labor, raised 10 children. He also built 3 homes solo from top to bottom for his family. He and his wife also worked together to build a sailboat for the Hudson River. John built the boat and Nancy sewed the sail and they both loved it and he went on to build a total of 8 boats over the course of his life.

He was a dedicated family man who lovingly cared for his wife in the last years of her life. He enjoyed gardening and for over 50 years, he grew and nurtured Cannas and would share his love of them with all who asked. He loved to putter and tend his property and continued to live in and maintain his own home up until the time of his death.

John was a remarkable man in many ways. Smart and self-educated, he stood by his strong opinions. A gun collector and longtime member of the North Troy Stag Rod & Gun Club, John was well-known, and, until recently, he enjoyed shooting regularly.

Family and friends may call at the McLoughlin & Mason Funeral Home 8 109th St Troy, NY on Sunday, September 23, from 3 to 6 p.m. The funeral service will be held at 10:30 a.m. on Monday, September 24, at Sacred Heart Church 310 Spring Ave, Troy, NY followed by burial in the Gerald B. H. Solomon Saratoga National Cemetery located in Schuylerville, NY, where John shall be buried next to his sweet wife of 70 years, Nancy, now together for eternity. In lieu of flowers, contributions may be made in memory of John and Nancy (Anne) Gress to the Navy Marine Corps Relief Society. http://www.nmcrs.org/

To order memorial trees or send flowers to the family in memory of John Gress, Sr, please visit our flower store.