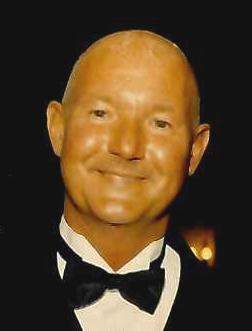 John E. Grimmick, Jr. 66 transitioned into eternal life on the morning of Wednesday December 18, 2019 after a long and courageous battle.

John was born in Troy, the son of the late John E. Grimmick, Sr and Alberta Bush Grimmick. He adored his wife of 15 years Kathleen Ayotte Grimmick and was the best friend of two sons John Edward Grimmick, III and William Philip Grimmick whom he loved dearly.  In addition to his wife and sons, he is survived by his sister Anne (Patrick) Poleto of Brunswick.  He is also survived by brothers and sisters in law Steve Ayotte of Clifton Park, Colleen (Joe) Ciccarelli of Guilderland, Mark (Abby) Ayotte of Waterford, and mother in law Mary Ayotte of Waterford.  He was predeceased by his father in law Roger Ayotte of Waterford.  He is also survived by loving nieces and nephews.

John was incredibly proud of his long-distinguished service on the Troy police force from 1976 to 2009.  He served as an Evidence Technician for many years retiring as a Detective, received numerous police commendations and was a member of the Troy Police Department PBA.

John enjoyed spending time with his family, together they faithfully vacationed on Long Beach Island, New Jersey for nearly 20 years.  He loved target shooting and fishing with his sons, gardening, nearly daily visits to his gym The Fitness Coach and collecting cars.  He cherished his weekly coffee with lifelong friends Charles Batchelor and Robert Quinlan.

All who had the pleasure of knowing John knew he was a helper.  As a self-employed licensed electrician and generally all-around handyman, he was willing to help friends, family and neighbors.  He enjoyed finding projects and a way to lend a hand throughout retirement.

Funeral services will be held at 10:00 am on Monday December 23, 2019 at the McLoughlin & Mason Funeral Home corner of 109th Street and Third Avenue, Lansingburgh. Entombment will follow at St. Mary Cemetery. Troy. Calling hours will be held from 3:00 pm to 6:00 pm on Sunday December 22, 2019 at the funeral home. In lieu of flowers, contributions may be made to St. Jude Children’s Research Hospital https://www.stjude.org/donate. Please visit www.mcloughlinmason.com.

To order memorial trees or send flowers to the family in memory of John Grimmick, Jr, please visit our flower store.