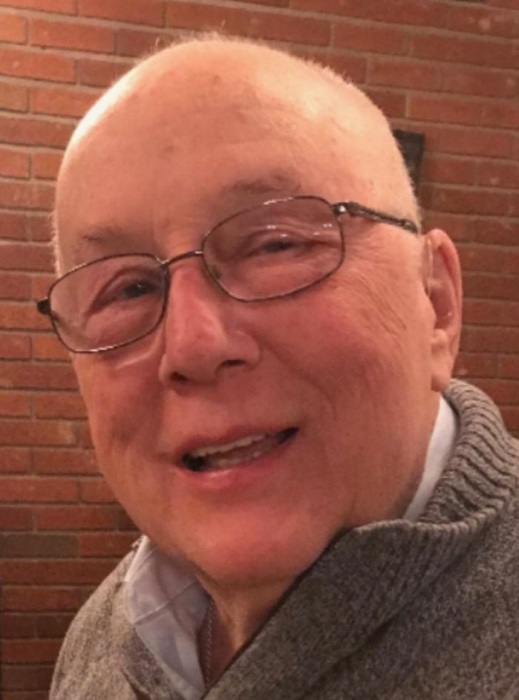 Devoted husband to Patricia Sheila Huyck whom he married at St. Mary’s Church in Troy on March 8, 1969.

Proudly served as a US Navy Medical Corpsman attached to the Marines during the Vietnam War from May 1962 to May 1966.

In his youth, he was an avid bowler, working at the Alpha Lanes. He worked as a machinist for over 37 years at General Electric in Schenectady.

He was a member of the Lansingburgh Veterans, Knights of Columbus, and Marine Corps League Troy Detachment #252. Jack served as a Lansingburgh Little League Baseball Coach and Troy Patriots Pop Warner Commissioner for many years.

As a devout Roman Catholic, Jack served God and the Church as an altar boy, Eucharistic Minister, Usher, and Sacristan. He taught Religious Education for 25 years.

Jack enjoyed camping, fishing, gardening and retirement.  However, his greatest love was his faith, family and service to his country and others. He truly loved spending time with his grandchildren and watching them grow. Jack was deeply religious and even visited Pope Benedict. Jack was loving, friendly, generous, enjoyed a good meal, and made us all laugh.

Survived by his sister Grace (Joseph Patrick (Brud)) Ryan and several nieces and nephews. Jack will be deeply missed by his dogs, Peaches and Joe.

The family would like to extend their gratitude to the First Responders and all who may have helped at the scene, his many friends, and parishioners at St. Augustine’s Church.

In lieu of flowers, please consider a donation to St. Augustine’s Church or Joseph’s House in Troy.

To order memorial trees or send flowers to the family in memory of John "Jack" Flood, please visit our flower store.
Send a Sympathy Card