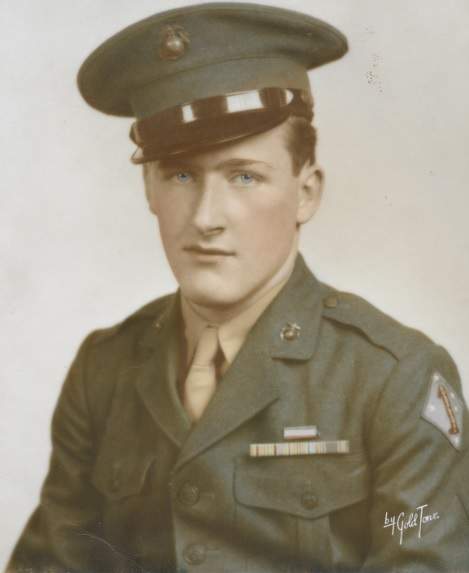 Jack was a proud Marine for 30 years, an enlisted man who rose through the ranks to Captain (a group known as “Mustangs”).  He served in many areas:  China, after WWII which earned him the sobriquet “China Marine,” Quantico, VA during the Korean Conflict, and two tours of duty in country during the Vietnam War.  He was the recipient of numerous medals among them which is the Bronze Star with Combat V, Meritorious Service Medal, Navy Commendation Medal with Combat V and the Navy Achievement Award.

Jack has been a life member of the VFW, American Legion, DAV, Marine Corps League and upon retirement served another 30 years as a volunteer in leadership positions with multiple veterans’ organizations.

He completed his education at the University of N.C. (Phi Betta Kappa).

The McGraw family would like to express sincere appreciation for the excellent care Jack received at the Albany Veterans Hospital.  The Medical, Nursing, CNAs, Nutrition, Activities, Housekeeping – everyone- showed compassion and good humor at all times.  He acquired the nickname “Trouble” with great affection and beautiful smiles.

In an abundance of caution in these times, there will be no calling hours.  Private interment will take place at Saratoga National Cemetery and Onslow Memorial Park, Jacksonville, N.C. Please visit www.mcloughlinmason.com.

To order memorial trees or send flowers to the family in memory of John "Jack" McGraw, please visit our flower store.