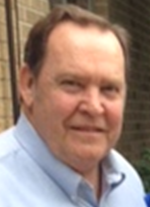 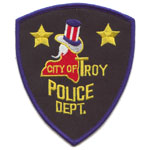 Brunswick- Joseph Robert House, JR passed away Monday January 16th at his home, he was 65 years old. Joe, was born on February 5th, 1951 to Madilyn Desina and Joseph Robert House (predeceased). Joe is survived by his beloved wife & partner of 20 years Deborah House, son Joseph Robert House III, daughters Melissa (Grandchildren Nadia & Jaylen) and Sara House. Joe is also survived by his sister's Carol (George) Cox and Donna Williams and was predeceased by multiple siblings.  Joe was many things to many people, he proudly served the City of Troy Police Department for 35 years, spending the last half of that career as a Detective, later serving for years as a liaison with the DEA, based out of Latham. Joe loved what he did, he encompassed what a law enforcement officer should be, he was well known for the entirety of his career as "Joe House, the working man's friend."  Joe was just that, a friend to everyone, kind, generous and without fail, there for anything someone needed no matter the time of day; although anyone who knew him, knew that that favor would come at a cost, he would inevitably find something to pick on you about. Everyone knew that if Joe picked on you it was because he liked you and it was his way of showing it.  Joe retired from the Police Force with his beloved badge number 142 in February of 2013. Since that time, he loved spending time at his second home on the lake, began collecting classic cars and was well known and respected within the classic car community and leaves many friends behind.  Anyone who knew Joe knew how he loved his family and that's where the majority of his time was spent, he pushed them to be the best they could be and to be people of integrity, like him.  Joe lead by example, I can think of no-one who had a stronger work ethic or devotion to those he loved.  Joe is also a retiree from the Ford Motor Company, retiring after almost 20 years. Those who knew Joe, know what we've lost, someone who could light up a room with his smile and whose laughter was contagious. You always knew where you stood with Joe, he was a wonderful man who will be sorely missed but who has undoubtedly found Godspeed and a deep breath.

Calling hours will be held on Wednesday January 18, from 4:00 to 7:00 p.m. at the McLoughlin & Mason Funeral Home, corner of 109th Street and Third Avenue, Lansingburgh. Funeral service will follow at 7:00 pm Wednesday at the funeral home.

To order memorial trees or send flowers to the family in memory of Joseph House Jr, please visit our flower store.
Send a Sympathy Card