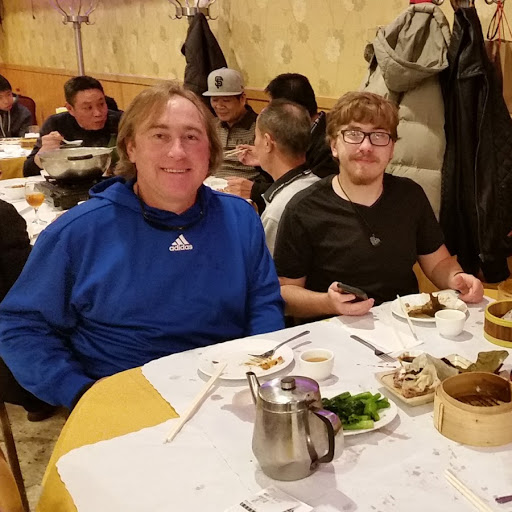 Joseph Richard Warren (Joey) was born in Portland, Oregon on October 28, 1971. He passed away peacefully on March 19, 2019 in Menands, New York. He had moved to New York to be close to his youngest son, Benjamin, who attends Rensselaer Polytechnic Institute.

Joey was raised in Redwood City, California and he lived in Guam, Great Lakes, Chicago, Pioneer, California, Scappoose, Oregon and Menands, New York. He attended Serra High School in San Mateo, California, the California Culinary Academy in San Francisco and earned a Bachelor of Science from the University of Maryland, as well as receiving extensive training in the United States Navy. He achieved the rank of Petty Officer and was elected Sailor of the Year in 2001. He retired early from his military career due to an injury that created a life of chronic pain. Those that knew him well can testify to his strength and endurance under the burden of pain – he was never short of a smile or extending a kindness. He exemplified honor and simple human decency in every way.

A devoted father of four sons, Benjamin, Samuel, Xander  and Jacob, Joey found his joy in life spending time with them and his grandchildren, Evelyn, Kaiden and Kaylee. His legacy of fun, laughter and courage will live in the hearts and lives of his boys.  He also loved to visit with his Mom, Ruthie Wilkins, and his close friend, Peggy McDermott, as well as his many friends. He will be much missed by them, as well as his dear father, Richard Warren, and his sisters, Anna Warren-Cebrian, Emma Scott and Martha Staeheli.

He enjoyed learning, playing chess, reading, watching movies with his sons, humorous conversation as well as exploring new places. His humor, curiosity, energy and love of life defined his time on earth. His charm, big-hearted nature and warmth will be sorely missed.

Our hearts are heavy with the loss of our precious, much-loved, Joey.

Services will be private. Memorial donations may be made to P:EAR (a program to help needy young adults), 338 N.W. 6th Avenue, Portland, Oregon, 97209.

To order memorial trees or send flowers to the family in memory of Joseph Warren, please visit our flower store.
Send a Sympathy Card