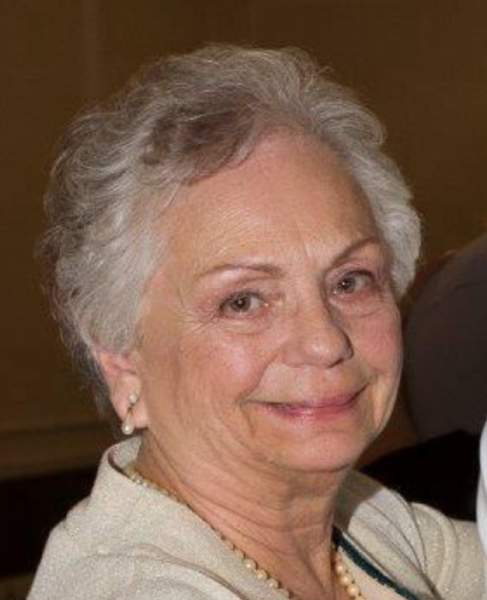 Ballston Spa-Josephine Anne (Dimiceli) Perniciaro, 78, was called into the arms of the Lord on May 24th, 2021 after a long and courageous battle with cancer. Born on March 5, 1943 in New York City, Jo was the daughter of John and Bernice (Dazio) Dimiceli. She attended Sacred Heart and Immaculata Schools graduating in 1960 and then pursued training as a secretary.  Josephine was typically known as Joanne or Jo. On October 5th, 1963 Jo married Anthony Joseph Perniciaro and the couple settled in Woodside, New York. They began their family and had 4 children.  In April of 1975, Anthony died suddenly leaving Jo to raise their family. She relocated her young children to Troy, New York and began building their new lives. She cherished her family and was devoted and proud of her four children watching their challenges and successes as they grew and navigated their own lives and families. Given the new title of “Nanny”, she cherished all 12 of her grandchildren and was present for countless birthday parties, sporting events, graduations, and award ceremonies. When settling in Troy, she went back into the workforce and was employed by several local entities including RPI, Key Bank, and Seton Health. In 1991, she returned to college and earned a degree from Maria College in Business Administration. Her most recent position was at Saratoga Hospital where she retired in 2008 from the medical transcription department. Jo was a devout Catholic and spent her retirement volunteering at her church, St. Mary’s of Ballston Spa. Her passion and commitment guided her to become an intricate part of the St. Mary’s Funeral Ministry where she rarely missed a funeral. Her relationship with God and deep desire to help others cope with the death of a loved one inspired her to obtain a Bereavement Certificate from Maria College 2017. She felt honored and elated to assist with the establishment of the Bereavement Support Ministry at St. Mary’s and was dedicated to helping families navigate the grief of losing a loved one. Josephine is survived by her loving children; Donna (Matthew) O’Neil of Ballston Spa NY, Joseph (Kelli) Perniciaro of Troy NY, Anthony (Monica) Perniciaro of Saratoga NY, and Joanne Perniciaro (Dan Cramer) of Ballston Spa NY; her twelve cherished grandchildren, Nicholas O’Neil, Vincent Perniciaro, Rachel (Sam) Maxwell, Christopher O’Neil, James Perniciaro, Rebecca O’Neil, Joseph Perniciaro, Anthony Perniciaro, John Perniciaro, Kiera VanBuskirk, Frank Perniciaro, and Sofia Perniciaro; her brother James Dimiceli (Nilda), nieces and nephews, John (Yolanda) Dimiceli, Jessica (late Christopher) Miller, Maria Salerno, Ann Salerno-Bateman (Scot), and Albert Salerno.  Also survived by several great nephews and a great niece as well as cousins and many dear friends. Her husband Anthony, and her parents John and Bernice Dimiceli predecease her. Jo’s family is eternally grateful for doctors/staff from the Saratoga Hospital Group that provided medical care, the St. Mary’s parishioners and friends who volunteered to help in numerous ways, the team at Mary’s Haven who gave incredible care and compassion in mom’s final weeks, and Armer Funeral Home for assisting with funeral arrangements.  Special thank you to Rev. Francis Vivacqua as mom valued and appreciated his guidance, wisdom, and spiritual support during her best and worst days over the years. Family and friends are invited to attend calling hours on Thursday May 27th from 4:00pm-7:00pm at St. Mary’s Church, 167 Milton Ave, Ballston Spa NY.  Mass of Christian Burial will be celebrated at 10:00 am on Friday May 28th at St. Mary’s Church, Ballston Spa. Interment will immediately follow St. Mary’s Cemetery, Galway, NY.

In lieu of flowers, memorial donations may be made to the following:

To order memorial trees or send flowers to the family in memory of Josephine Perniciaro, please visit our flower store.