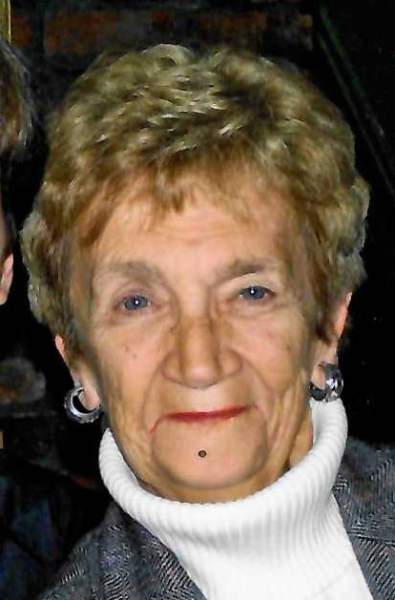 June Hansen Stevens, 89, of Hansen Road, died Thursday, December 10, 2020 at Albany Medical Center following a brief illness.  Born in Troy on December 7, 1931, she was the daughter of Anton M. and Bessie Burritt Hansen. June was a graduate of Lansingburgh High School, class of 1949, and the Mildred Elley School. She worked at the Behr Manning Company in Watervliet prior to her marriage.

In 1952, June married Clifford J. Stevens. They shared 55 happy years together, until his passing in 2007. In the early years of their marriage, June, Cliff, and their two eldest children lived in Danbury, CT and Plattsburgh, NY before returning to her family’s home on Hansen Road to live with her widowed mother. She lived the rest of her life in her family’s farmhouse. It was there that she and Cliff raised their growing family and conceived the idea to build a bowling alley on the old farmland. In 1964, they opened the doors of Hilltop Bowl and the busines continues to this day.

In addition to helping to run the bowling alley while raising five children, June was a member of the Speigletown Fire Department Ladies Auxiliary, secretary of the Hilltop Mixed Bowling League (one of the oldest and continuing leagues at Hilltop), as well as the secretary of the St. Bonaventure’s Bowling League. June continued to bowl in the Hilltop Mixed League every Wednesday night until her recent illness. In 2014, June was inducted into the Troy Bowling Association Hall of Fame.

An active member of the St. Bonaventure community, June’s heart is in the very foundation of the church. From the moment then Bishop Broderick sent Father O’Neill to canvas for a church in the Speigletown area, June was at the forefront of activities. During the construction of the church, Mass was held at Hilltop Bowl, including midnight Mass on Christmas Eve. June helped establish a women’s group, which became known as the Ventura’s, and served in every capacity. When the time came to begin raising money to support the finances of the church, she helped organize Bingo, co-chaired the annual Christmas in the Country Craft Fair and numerous other fundraising events, either at the church or the bowling alley. June was on the Dedication Committee for St. Bonaventure as well as the 25th and 50th Anniversary Committees. If there was a need, you would find June ready and willing to help. Even though she was not raised a Catholic, June loved the St. Bonaventure community and several of the priests became her lifelong friends; one priest often joked with her at parties, “June, if I can’t make you a Catholic, at least let me make you a Presbyterian.” It was her favorite cocktail.

June was truly blessed to have many dear friends that spanned generations. It would be impossible to list the number of people who admired her. Her children were often told, “You have the coolest Mom!” She was not just a mother but also a friend and confidante.

June enjoyed talking to people and was a great listener. She liked to laugh and share stories and good times. An avid traveler, she enjoyed going on cruises as well as trips to Las Vegas, Florida, and Cape Cod, always with family and friends. Closer to home, she enjoyed going out to dinner, going to the Saratoga Casino and the Saratoga Race Course, spending time out on the boat on the Great Sacandaga Lake, golfing with the girls (including shots of Fireball), and shopping. Even when she was at home, she always busy knitting an afghan or whipping up a batch of Danish butter cookies from the family recipe handed down from her grandmother, a native of Denmark.

June was the heart and soul of a large and loving family and we were truly lucky to have had her for so long. The highlight of her year was her birthday celebration when the entire family would go out to dinner together; it was the only thing she ever asked for. It was her fervent wish that the family will continue this tradition of gathering to celebrate her birthday.

The family is grateful to the many friends who have reached out to us during this time. A celebration of June’s life will be held on Sunday June 27, 2021 from 1:00 pm to 4:00 pm at Hilltop Bowl all are welcomed.

In lieu of flowers, please consider a donation to your local food pantry.

To order memorial trees or send flowers to the family in memory of June Stevens, please visit our flower store.