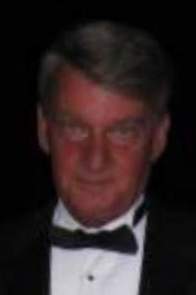 Larry was born on October 25, 1951 in Troy to the late Lionel and Dorothy Laranjo.  Native Troy Resident, Larry attended Troy High School and went on to become a Code Enforcement Officer.  His most recent endeavor was as a Senior Inspector of Construction and Engineering for GPI.  Prior to GPI, Larry was an inspector for Clough Harbour and Creighton Manning.

Larry loved golfing with his sons, working outside and taking trips to places like Cape Cod, Myrtle Beach and the Caribbean.  He was previously a member of the Brunswick One Volunteer Fire Department.

Friends and family are invited and may call on Monday, June 19, 2017  from 4:00 pm to 7:00 pm at the McLoughlin & Mason Funeral Home, corner of 109th Street and Third Avenue, Lansingburgh. Funeral service will be held 10:00 am Tuesday, June 20, 2017 at funeral home Burial will follow at St. Mary’s Cemetery, Troy. Follow cemetery service a memorial luncheon will be held at the Brunswick One Fire House on Hoosick Street, Troy. Memorial donations in memory of Larry may be made to American Cancer Society.  Please visit www.mcloughlinmason.com.

To order memorial trees or send flowers to the family in memory of Lawrence "Larry" Laranjo, please visit our flower store.