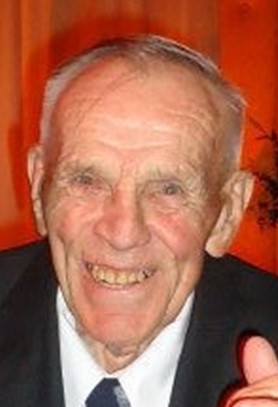 Cropseyville-Leonard G. Trexler, 92 passed away Friday, March 3, 2017 at his home surrounded by his loving family.

Born in Cresson, Pennsylvania he was the son of the late James Leroy Trexler, and Rose Hammond Trexler, and loving husband of 37 years to the late Theresa Clancy Trexler, and his second wife of 36 years the late Alice Harrison Trexler.

A resident of Petersburg, he joined the Army at the age of 17 and served his country for 3 years. During his time in the military, Leonard served as part of the OSS in the Army. He was a union carpenter for local 78 in Troy and local 370 in Albany for many years. He loved to hunt and at age 91 he was proud of his recent 8 pointer.

In addition to his parents, Leonard is predeceased by his son Patrick Trexler, his 4 new born children, Mary, Jean, Ann, and James, his brothers, William Trexler, Joseph Trexler, and Andrew Trexler, and his sisters, Ann Ruffing, and Hilda Vena.

The Family would like to thank Ray and Emily for all of their care and compassion they have showed for Leonard over the years.

Funeral mass will be celebrated at 11:00am on Wednesday, March 8, 2017 at St. Augustine’s Church, Lansingburgh.

In Lieu of flowers donations may be made to the American Heart Association at https://donatenow.heart.org

To order memorial trees or send flowers to the family in memory of Leonard Trexler, please visit our flower store.