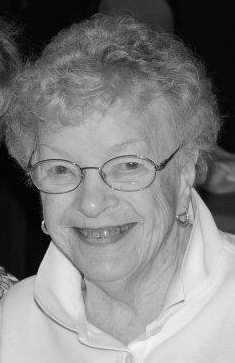 Born on December 11, 1918 in Troy, she was the daughter to the late Thomas Brown and Ellen King Brown and the loving wife to the late Robert LaMont and Edmund Rohloff.

Loretta graduated from Catholic Central High School, class of 1936. For 23 years she worked for Hudson Valley Community College retiring in 1984.

Loretta was a former member of the Speigle Elders, the Tamarac Twirlers and Women’s Club of St. Michael’s Church She enjoyed Bowling and playing bocce.

Loretta was predeceased by her siblings.

The family of Loretta would like to thank the A3 nursing staff and activities department at the VRM for their compassionate care given to Loretta.

Funeral mass will be celebrated at 10:00 am on Friday October 20, 2017 at St. Michael’s Church, Troy. Burial will follow at St. Mary’s Cemetery, Troy. Family and friends are invited and may call on Thursday October 19, 2017 from 4:00 to 7:00 pm at the McLoughlin & Mason Funeral Home, corner of Third Avenue and 109th Street, Lansingburgh.

Memorial donations may be made to the Van Rensselaer Manor, Activities Department, 85 Bloomingrove Drive, Troy, NY 12180 in memory of Loretta.

To order memorial trees or send flowers to the family in memory of Loretta LaMont Rohloff, please visit our flower store.