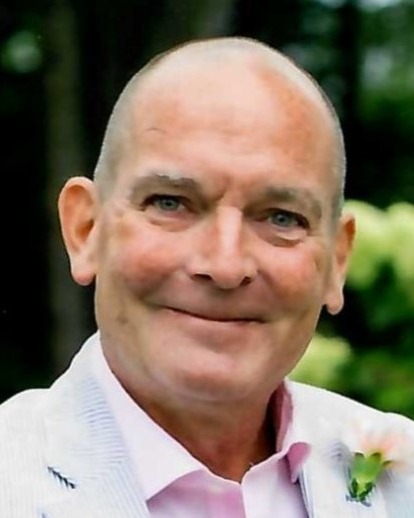 Troy-Martin R. Owens, 60, passed away after a brief illness on January 11, 2023, at Samaritan Hospital in Troy, NY, with his family by his side.

Martin was born and raised in Watervliet, NY, the son of Peter J. and Constance A. (Maron) Owens. He attended St. Bridget’s Elementary School in Port Schuyler, Keveny Memorial Academy in Cohoes and Siena College.

Martin was an amazing musician and played in multiple local bands in the early 1980’s highlighted by his time with the bands Random Access and Mitch Elrod and the Swim Team. Martin continued to play music, especially the guitar, until the time of his death.

Martin loved to travel and especially looked forward to the yearly family trips to Cape Cod. He considered his trip to Alaska one of the highlights of his life. Martin especially enjoyed wearing his Saratoga sweatshirt while on these vacations and the conversations that it started. Martin was a lifelong sports fan, most importantly the Boston Red Sox and the NY Football Giants. He was a past member of the Zinker’s Golf League at Frear Park in Troy where he made many friends and enjoyed his time both on the course and on the patio.

Martin retired from the technology unit at the NYS Unified Court System, Appellate Division Third Department after previously working at the NYS Office of Court Administration’s Department of Technology. Martin is survived by the fabulous woman who agreed to marry him, Carol Schongar of Troy, his brother Matthew P. (Shelly Bitetti) Owens of Kennebunk, Maine, and his “oldest and dearest friend” David Sepowski, Jr. He is also survived by his uncles, John Owens and Philip Maron, sisters and brothers in law, Eileen & William Schmitt, Mary & Raymond Cacciatore, Joseph & Pamela Schongar and Robert & Susan Schongar, as well several cousins, nieces, nephews and great nieces and nephews who brought an abundance of love, joy and laughter to his life, especially appreciating his cannon balls and green shoes.

Martin’s family would like to thank the staff of Samaritan Hospital’s ICU Unit who took amazing care of Martin during his final days.

In lieu of flowers, the family asks that donations be made to the Lansingburgh Boys and Girls Club, 501 Fourth Avenue, Troy, NY 12182.

Please wear bright colors in Martin’s honor as he was not a fan of “basic Black”.

Family and friends are invited and may call from 2:00 pm to 5:00 pm  on Sunday January 15, 2023 at the McLoughlin & Mason Funeral Home, corner of 109th Street and Third Avenue, Lansingburgh. Funeral services and burial will be private.

To order memorial trees or send flowers to the family in memory of Martin R. Owens, please visit our flower store.