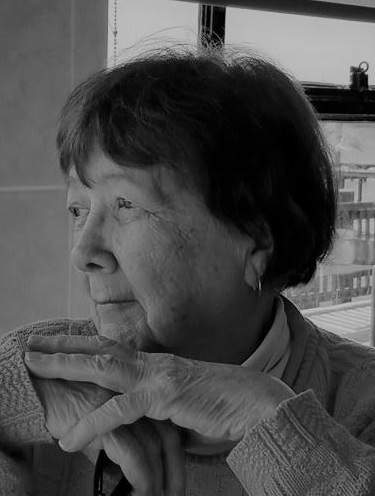 Troy-Merry Carol Dutcher nèe Sowalsky, was born on December 25, 1934 in Troy, NY to Irma & William Sowalsky. She died after a brief illness on February 4th, 2021 at the Riverside Nursing Center in Castleton on Hudson, NY. Merry was predeceased by her husband Charles Dutcher in 1963. She is survived by her son Daniel Dutcher and son-in-law James Fratoni of Rehoboth Beach, DE, sister Shirley Guiliano, brother-in-law Frank Guiliano, and brother Michael Sowalsky, as well as five nieces and seven nephews in the Murphy, Guiliano, and Sowalsky families in the Rensselaer County area. Merry was also predeceased by sisters Ann Murphy and Margarite Sowalsky and brother Sherman “Billy” Sowalsky.

Merry was employed at Knollson’s Luncheonette in downtown Troy during the 1950’s, and was later self-employed until her retirement in 1995. In the 1950’s Merry became a beloved member of Jehovah’s Witnesses congregations in Troy and Averill Park NY, where she lived until 2007. That year, she moved to Rehoboth, Delaware, to be near her son Daniel. In Delaware, she began to worship and study with Jehovah’s Witnesses Georgetown congregation, where she became a much-loved member. One of her proudest lifetime achievements was earning her GED at the age of 79 after having left Philip Livingston Academy in Albany NY in her freshman year due to her vision impairment. Merry enjoyed learning, gardening, reading on her front porch, pot lucks with friends and vacationing in Maine.

Merry will be much missed by her family and fellow congregants. Merry will be buried next to her husband Chuck in Oakwood Cemetery, Troy. A private Celebration of Life will be held with family at a future date. For online condolences, please visit www.mcloughlinmason.com

To order memorial trees or send flowers to the family in memory of Merry Dutcher, please visit our flower store.