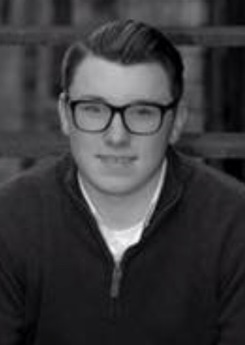 Nicholas J. Pondillo, 20 passed away on Sunday May 13, 2018. Nick was born in Albany, he was the son of Stacy Barnhart Burkhart and Paul Pondillo, Nick was raised by his mother Stacy and step father Chuck Burkhart.

Raised and Educated in Troy, Nick graduated from Lansingburgh High School, class of 2016. Nick had an fantastic High School Bowling career, with many outstanding accomplishments, just a few of many, two time high average in Colonial Council and two time MVP, took a place on the Section two all-star in Syracuse, his team took 2nd place and he was 3rd high series bowler at States, He was Team Capt. and he has become family with the team and parents, Nick attended the Junior Gold Championships in Indianapolis, after High School, Nick continued his love of Bowling, he joined many senior leagues, Bowling was his passion and he was a mentor for the young group of Bowlers.

Nick was blessed with an old soul beyond his years, he loved spending time with his family and friends, always gave you a laugh and smile, Nicholas had a huge heart and enjoyed helping others.

Nick enjoyed working at Hilltop Bowl in Speigletown and most recently he was working at Arnoff Moving.

Funeral services will be 10:00 am on Friday May 18, 2018 at the Gardner Earl Chapel at Oakwood Cemetery. Burial will follow at Oakwood Cemetery.  Family and friends may call Thursday, May 17, 2018 from 4:00 pm to 8:00 pm at McLoughlin & Mason Funeral Home, corner of 109th Street and Third Avenue, Lansingburgh. Memorial donations in memory of Nicholas Pondillo may be made to Lansingburgh Bowling Scholarship Fund C/O Lansingburgh Booster Club, 320 Seventh Ave. Troy, NY 12182.

To order memorial trees or send flowers to the family in memory of Nicholas Pondillo, please visit our flower store.