Grafton-Paul Judson Snyder Jr, (K2CBA) otherwise known as “Jud” to friends and associates passed on 2 May 2022 at in Troy NY.  He was a resident of Grafton NY since 1966, formerly of Troy and Defreestville NY. Jud was born on 18 June 1931 to Paul J Snyder Sr, and Lydia McCoy Snyder. Jud was a remarkable character, having shown a propensity for all things mechanical and electrical from an early age. He attended school in Troy and Albany Academy before joining the US Navy in 1951.  He served as a ET3 radio maintenance technician at one of the Navy’s large MF/HF receiving facilities in Maryland during the Korea War era. He attended RPI in Troy, worked for local radio station WSNY, and ultimately was employed as a Electronic Technician for the Rensselaer Gaerttner Linear Accelerator at RPI.  In his later years he ran a small business installing and maintaining satellite TV installations for private customers.  Jud first became known at the age of 16 for building a working television receiver in the back seat of his father’s car, which was documented in the local paper and was a curiosity among his family and friends.  Jud had a lifelong interest in the technology of radio electronics and television, and leveraged his training and education into the construction of his own amateur radio equipment and antennas. He developed a reputation for creating large antenna arrays, rotating towers on the order of 190 ft in height and high-power amplifiers, which he operated extensively on VHF, UHF and Microwave frequencies.  His reputation in this area caused him to be widely respected as a subject matter expert. He had many friends and colleagues with whom he shared his knowledge. He was a long-time member of the Northern Berkshire Amateur Radio Club, the North East Weak Signal Group, and was the prime instigator of the Whopping Foghole VHF and Moonbounce Society, a loose organization of like-minded individuals. He loved dogs and facilitated many litters of Great Dane puppies.  In 1970 he obtained an extra-ordinarily large 8.4 meter dish antenna left over from the cold war era, which he improvised into operating amateur “moonbounce” (Earth-Moon-Earth) communications on various amateur frequency bands when the technology was still only known to a few experimenters.  He used this to communicate by moon reflection with similarly equipped stations in Puerto Rico, Continental US, and Western Europe. Family and friends are invited to the Gerald B.H. Solomon Saratoga National Cemetery, Schuylerville on Wednesday, June 1, 2022 at 1:00 pm for a funeral service with military honors. Those with memories of Jud are encouraged to leave a memorial anecdote, as they will be collected and disseminated.  Special thanks for Jud’s care should go to the kind nurses, doctors and staff of Collar City Rehabilitation (Diamond Hill) and Samaritan Hospital. Please visit www.mcloughlinmason.com.

To plant memorial trees or send flowers to the family in memory of Paul Snyder Jr, please visit our flower store.

RIP, Jud, from Scotland. Here\'s a photo from a memorable visit in 1981: Jud with his father, Paul Snyder, Sr, and his Great Dane \'Dummy\' (the radio hams will get the joke). 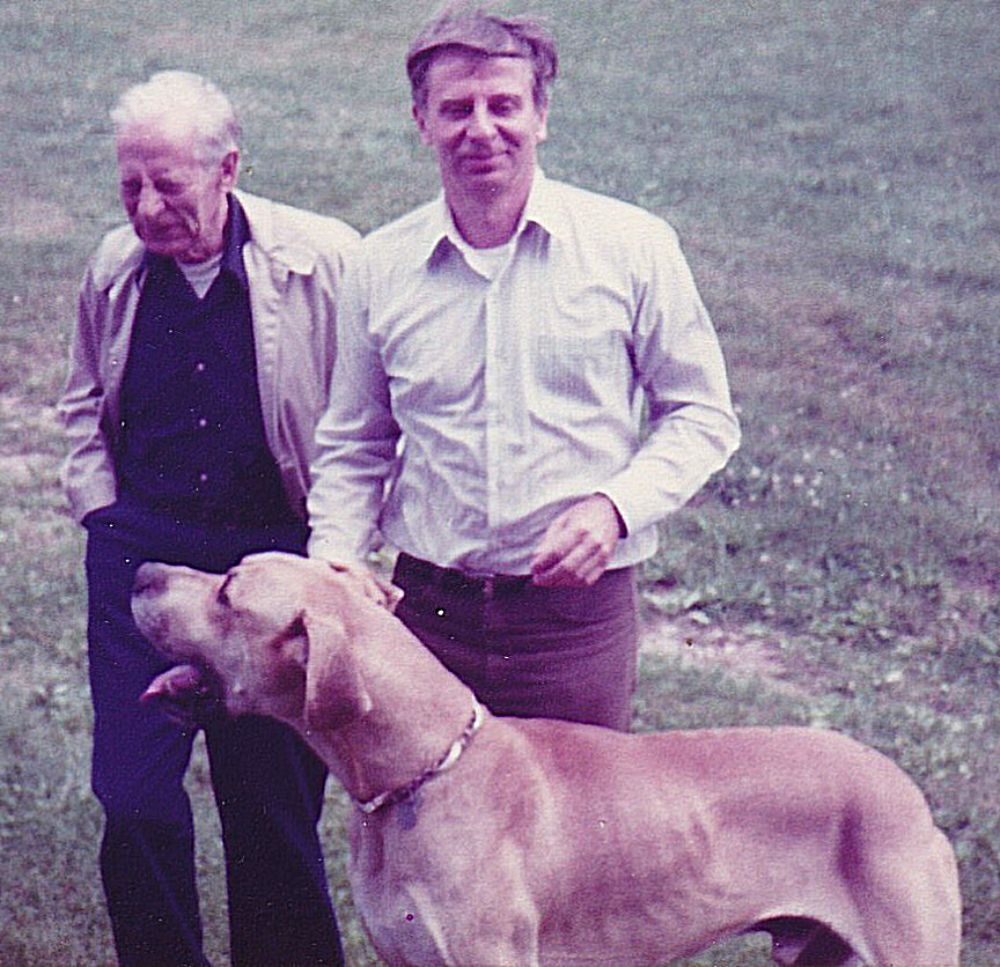 RIP Jud I never meet Jud but he sounds like a hams, ham! A fellow ham suggested I visit Jud but alas, I never got to do that? Life is short, do it now as tomorrow may not be there for you & me.

I was a 13-year-old kid when I first met Jud. A family friend suggested that I visit Jud since he knew that I had an interest in radio. I knocked on Jud’s door on a Saturday morning in the summer of 1970 and asked if he was the man with the big antennas! That was the beginning of a life-long friendship and my introduction to ham radio, a passion that has stuck with me to this day. Jud was very important to me as a teenager and young man and I honestly believe that I would not be where I am today without his understated guidance as a person, mentor and ham radio “elmer". He will be missed by many, and I will never forget him and will always recognize his positive influence in my life.
73,
Ed Kucharski K3DNE
Cross Hill, SC

Your wisdom will be missed. 73 de N1FZH Steve and Denise Flood.

A candle was lit in memory of Paul Snyder Jr

There is not much Carli and I can say, that has not already been said about Jud. He came into my life via ham radio back in 1972, became a friend, then a mentor, and at times a father figure for advice, even though only 11 years separated out ages. We shared many a table together, out and about, and for the last 13 years at ThanksGiving, We had a running Joke, I used to call him "Yudson" because he related a story to me one time about Eric TI2NA's son not being able to call him Jud, he used to call him "Yud" I carried the title to his end. fact the last conversation I Had with Jud the week before his passing, my Opening remark was "Helloooo Yudson" RPI "Yudson. de "Yunior" was always his reply. God Speed

Text me the address