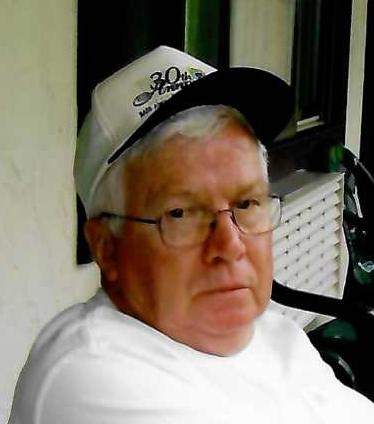 Robert G. Fredricks, 87, of Brunswick passed away into eternal life on Thursday, November 26, 2020 at Samaritan Hospital.

Born in Troy, he was the son of the late Edward E. Fredricks Sr. and Jane Fagan Fredricks.

He was the husband of Frances D. Fredricks for over 60 years, who passed away in 2014.

He served in the United States Marine Corp from 1953 to 1955. He worked for Sterling Winthrop in Rensselaer and retired from Lydall Paper Company, formerly Manning Paper after many years of service.

After retiring, he lived in North Fort Myers, FL and Myrtle Beach, SC with his beloved Frannie, before returning to the Capital District. He was a member of the Emerald Athletic Club along with his brothers. He also belonged to the National Rifle Association and was a communicant of Our Lady of Victory Church. Fondly known to his family as “Cootie Boy”, he enjoyed fishing and being on the water in his boat on Lake George, but most of all he loved being with and helping his granddaughters who meant the world to him.

A very special thank you to his granddaughters Karlie and Haley and his son in law Daniel, for all their loving care and support to “our Pa”.

Family and friends are invited and may call from 4:00 pm to 7:00 pm on Monday November 30, 2020 at the McLoughlin & Mason Funeral Home corner of 109th Street and Third Avenue, Lansingburgh. Funeral mass will be celebrated on Tuesday 9:30 am at St. Augustine’s Church, Troy. Entombment with military honors will follow at St. Mary’s Cemetery Mausoleum, Troy.

Please note that social distancing, masks and occupancy limitations in the funeral home are required.

In lieu of flowers, memorial donations may be made to the Alzheimer’s Association North Chapter, 4 Pine West Plaza, Albany NY 12205, www.alz.org. In memory of his beloved wife and several of his siblings.

To order memorial trees or send flowers to the family in memory of Robert Fredricks, please visit our flower store.