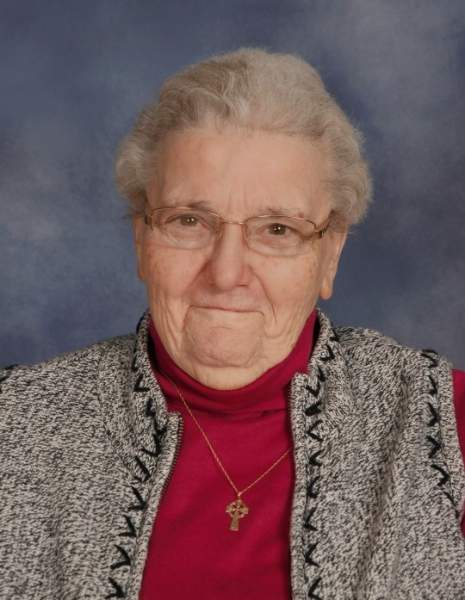 Sister Carol Anne Porter, CSJ, (Sister John Robert), 79, died Friday, December 22, 2017, at The Hospice Inn, St. Peter’s Hospital, Albany. She had been a Sister of St. Joseph of Carondelet for the past 59 years.

Sister Carol was born on July 26, 1938 in Albany, daughter of the late John and Genevieve Audet Porter. After graduating from Vincentian Institute in Albany, Sister Carol entered the novitiate of the Sisters of St. Joseph on March 19, 1958, and professed final vows on August 6, 1965. She received a bachelor’s degree in elementary education and a master’s degree in special education, both from The College of Saint Rose.

Sister Carol spent the first ten years of her life as a Sister of St. Joseph teaching elementary grades in schools of the Albany and Syracuse Dioceses. Upon completion of graduate studies, she began her ministry in special education during which she served at the Carondelet Educational Center in Latham and the Cerebral Palsy Treatment and Educational Facility (now known as the Center for Disability Services) in Albany. In 1980, after a year as an administrative intern, Sister Carol became principal of St. Patrick’s School in Troy where she served for 18 years. After St. Patrick’s School closed, Sister Carol was a pastoral associate for faith formation at St. Patrick’s Parish in Ravena. Until her retirement, she was coordinator of transportation and a pharmacy aide at St. Joseph’s Provincial House.

Sister Carol was a woman of faith, dedication and determination. She was proud of her Irish heritage and her family bonds which were nurtured by her parents in the neighborhood of St. James Parish in Albany. In the same spirit of her Irish ancestors and the founding Sisters of St. Joseph, Sister Carol was always willing to let go of the familiar and set out into the new and unknown—from elementary education to special education to parish ministry to in-service work at the Provincial House. Sister Carol’s willingness to do whatever was needed was a gift to many in her nearly 60 years as a Sister of St. Joseph. Last week, when Sister Carol knew that her brother, Jim, was soon to pass to eternal life, she prayed that his journey would be quick and gentle. How fitting that Sister Carol and Jim are entering the fullness of life together! Sister Carol leaves us a legacy of faithfulness to family and to the mission of the Sisters of St. Joseph to reveal God’s healing and reconciling love to all whom she met.

Sister Carol is survived by her sister, Jean Porter of Albany; her brothers, John (Catherine) Porter of Delmar, and William (Carol) Porter of Poughkeepsie; several nieces and nephews and their families; and the Sisters of St. Joseph of Carondelet. In addition to her parents, Sister Carol was predeceased by her brother, James Porter, who died December 19.

Sister Carol’s Mass of Christian Burial will be held on Friday, December 29, at 10:30 a.m. from the chapel of St. Joseph’s Provincial House, Latham. Calling hours will be held at the Provincial House on Thursday, December 28, from 4:00 to 7:00 p.m. with a prayer service at 7:00 p.m. Contributions in Sister Carol’s memory may be made to the Development Office of the Sisters of St. Joseph, 385 Watervliet-Shaker Road, Latham, NY 12110.  Please visit www.mcloughlinmason.com.

To order memorial trees or send flowers to the family in memory of Sister Carol Anne Porter, please visit our flower store.