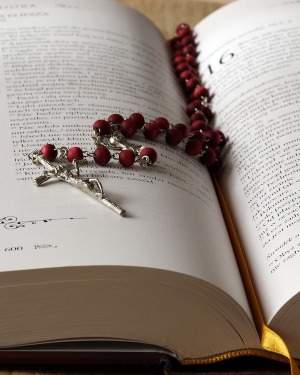 Sister Claudia Marie Amrod, CSJ, age 73, died February 23 at the Albany Medical College Hospital. She had been a Sister of St Joseph of Carondelet for the past 53 years. Sister Claudia was born in Albany, NY, daughter of the late Vincent and Loretta Schmitt Amrod.   After graduating from St Mary of the Snow Elementary School, Saugerties, and St. Patrick’s High School, Catskill, Sister Claudia entered the Sisters of St. Joseph on September 15, 1965 and professed final vows on August 11, 1973.

Sister Claudia earned a bachelor’s degree in mathematics from The College of Saint Rose in 1970 and then taught in several high schools in the Diocese of Albany:  St. Mary’s, Hudson; Catholic Central High School, Troy; and Keveny Memorial Academy, Cohoes.  She also earned a master’s degree at Colgate University in Hamilton, NY, and later completed several programs offered by the Boston Archdiocese Theology Program.

In 1968 Sister Claudia, with Sister Concetta Cuscianna,CSJ, moved to Arlington, MA, where  Sister Claudia taught mathematics at  Arlington Catholic High School in that city.  A happy and dedicated teacher, Sister Claudia loved both her subject and her students. She was uniquely gifted in her ability to make difficult mathematic concepts and processes understandable; numbers were her “thing,” the students said.    In 2009 Sister left her teaching positon at Arlington High School and was deeply touched when students and faculty surprised her with a festive celebration.  They continued to keep contact with her after she returned to New York.

Once they moved to Ballston Lake, NY, Sisters Claudia and Connie quickly became involved in Our Lady of Grace Parish; they joined the knitters’ circle and were part of several Scripture study groups.   When failing health necessitated a move to St Joseph’s Provincial House for both sisters, parishioners visited and called regularly.  At the Provincial House, as in each of her other living situations, Sister Claudia endeared herself to sisters and staff, grateful for every kindness and interested in the wellbeing of others.

Sister Claudia was a gentle person, low-key and unassuming.   Even though her ministry was a long distance from Latham, she stayed connected with the province and her friends.  Sisters Claudia and Connie volunteered each summer in the province finance office, cheerfully taking on needed tasks and helping in myriad ways. They were regular volunteers at the annual ziti dinner, a province fundraiser, bringing students with them who served as table waitresses. In addition to helping, students were able to experience the larger community and visit the chapel.  They often spoke of the experience later.

Sister Claudia looked forward to her golden jubilee which she celebrated with the other sisters in her class as well as her large family. All of her siblings, as well as numerous nieces and nephews, were able to attend the liturgy and it was a joyous reunion.  The day before the celebration, Sister Claudia had volunteered to organize the day of reflection which the jubilee classes often held; she made all those arrangements, concluding with a festive meal together.

Sister Claudia is survived by her sisters, Karen Ingle, Barbara Petrus, and Loretta Beaumont; her brother, Joseph, many nieces and nephews, other relatives, dear friends, and the Sisters of St. Joseph. In addition to her parents, she was predeceased by her brother Mark.   Her gentle presence among us will be missed.

Due to continued health concerns regarding the COVID-19 pandemic, there will be no public visitation or funeral services for Sister Claudia at this time. A memorial Mass will be scheduled at a later date.

To order memorial trees or send flowers to the family in memory of Sister Claudia Armod, CSJ, please visit our flower store.