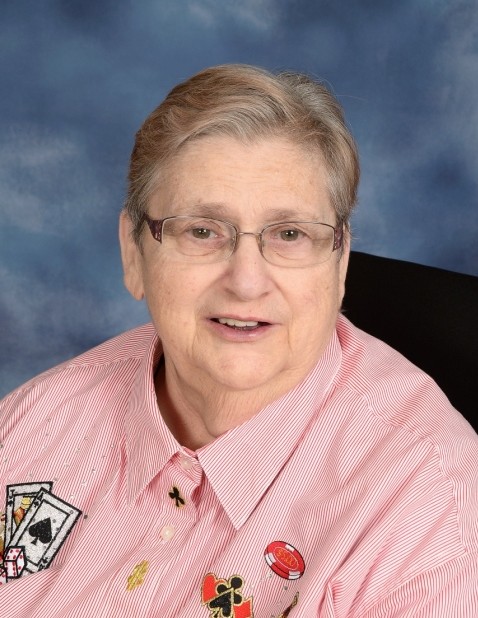 Sister Concetta (Connie) Cuscianna (Sister Michael Damian), 77, died Tuesday, October 3, 2017, at Albany Medical Center. She had been a Sister of St. Joseph of Carondelet for the past 53 years.
Sister Connie was born on July 2, 1940 in Boston, MA, only daughter of the late Alphonso and Monica Andrulli Cuscianna. Because her father died during World War II when Sister Connie was just five-years old, she was raised by her mother and her loving extended family. Sister Connie graduated from Brighton (MA) High School and worked as a dental assistant and a file clerk in Massachusetts. On August 6, 1964, Sister Connie entered the novitiate of the Sisters of St. Joseph and professed final vows on August 10, 1975. She completed her undergraduate studies at The College of Saint Rose and her graduate studies at Lesley University (Cambridge, MA). For the first 19 years of her life as a Sister of St. Joseph, Sister Connie taught in schools of the Albany Diocese, including nine years at Keveny Memorial Academy in Cohoes. For the next 24 years, she taught in high schools in Massachusetts including: St. Gregory’s High School, Dorchester; Central Catholic High School, Lawrence; Ursuline Academy, Dedham; and Arlington Catholic High School.
Sister Connie had a heart full of love—of God, of her family and of the Sisters of St. Joseph. She laughed almost as much as she breathed, and she sang as though the delight just wouldn't leave her. Sister Connie never lost either her sense of humor or her sense of wonder, and both enabled her to keep the clear-eyed vision of youth throughout her life. She loved everything “Boston” but especially her heritage and the Boston Bruins! In the past few years, Sister Connie met her final illness with courage and patience, and she leaves us a legacy of kindness, hope, enthusiasm and service.
Sister Connie is survived by her  beloved family: her aunt, Frances (Fanny) Dellovo; and her cousins: Janet Andrulli, Marie Dellovo, Connie Stoeckel, Dave Andrulli, Carol Andrulli, Barbara Nimeskern, Fran Vena and Leo Cuscianna; and the Sisters of St. Joseph with special mention of her cherished friend, Sister Claudia Amrod.
Sister Connie’s Mass of Christian Burial will be held Tuesday, October 10, at 10:30 a.m. from the chapel of St. Joseph’s Provincial House, Latham. Calling hours will be held at the Provincial House on Monday, October 9, from 4:00 to 7:00 p.m. with a prayer service at 7:00 p.m. Contributions in Sister Connie’s memory may be made to the Development Office of the Sisters of St. Joseph, 385 Watervliet-Shaker Road, Latham, NY 12110. Please visit www.mcloughlinmason.com.

To order memorial trees or send flowers to the family in memory of Sister Concetta Cusianna, please visit our flower store.