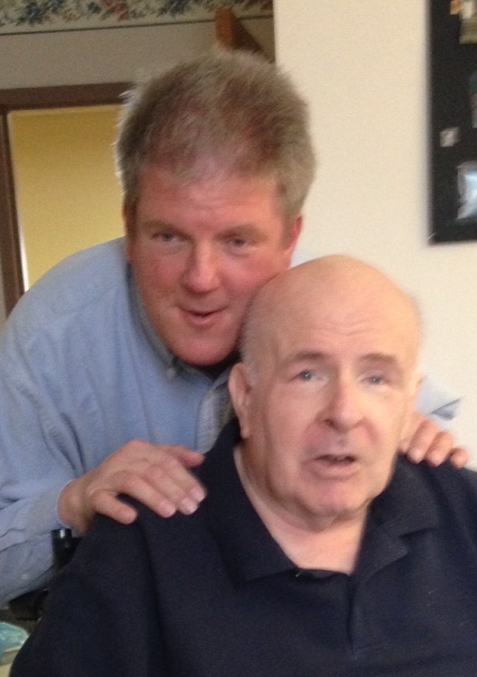 Stephen "Steve" Veselka Sr, Science/Math Teacher remembered for his love of "Teaching" Lansingburgh High School teacher, known for his hands on approach to teaching students the basics of Calculus, Physics and Science died at the Eddy Heritage House in Troy on June 9, 2015 after a long fight with bladder cancer.

A native from Endwell, just outside Binghamton, he was youngest son of Steven Veselka and Agnes Mras Veselka. They had four children. Living today is his oldest sister, Cecilia Alwine of Sebring, Fl. His predeceased siblings are John Veselka, and Madeline Veselka both of Binghamton, NY. His wife, Gretchen Hartung Veselka who died in 1997. He was the was the beloved father, of Stephen Jr and his wife Patty, Cohoes, NY. His Sister-in-law's, Tina Hepp(Dave) Troy, NY and Lillian Veselka, Endwell, NY. He had many nieces and nephews that survive him. They are Paul (Binnie) Alwine, Irvine, Ca, Suzanne (Charles) Flynn, North Ft Myers ,Fl, Mary (Ed) Ruccuiti, Endwell, NY, John (Gloria) Veselka, Bethesda, MD, Margaret (John) Dawson, Norwell, Ma, Barbara( Kevin) Kane, Binghamton, NY, Lori (Joel) MacLennon, Binghamton, NY and Catherine Hepp, Watervliet, NY. Endearing support from entire Whiteside family. He received both his Bachlors and Masters at SUNY Albany. He served in U.S. Army for two years. When he returned home he accepted a position to teach at Lansingburgh High School where he remained until he retired in 1997. "Steve Veselka was the consummate student advocate. His day did not end at dismissal or even the late bus" according to Mr Swannick , building Principal for many years at Lansingburgh High School. "I remember returning to the building for events, and "catch up" times that required my return to LHS after hours. I cannot remember a time when I when I did not enter to find the door open and the lab lights on. When help was needed he was there, no one was ever turned away. Even my daughter who is now is Doctor of Physical Therapy at a college in Florida sought his help. When her first experience with physics came at the college level things became a bit tense. "Mr. V came to the rescue and said, "Bring her in, we can fix this."After evening sessions all progressed well. Mr Veselka taught thousands of students over his 40 year career. He was also the "A-V man" at school and kept all the video equipment in top working order. He had a lifelong hobby and tremendous interest in old radios, long wave, short wave, am/ fm and he loved finding antique radio's and restoring them. He also spent many hours listening to technical shows on shortwave radio. His favorite past time would be sitting in his chair with his cat "Tabitha" listening to his many classical concerts. He was a very unique man with a sharp wit and sneaky smile. He was cared for by his son for many years. We wish to thanks all the caregivers in Dad's life. Each brought a great kindness. Lastly, for all those fabulous Staff members at Heritage House on the 2nd floor we cannot thank you enough for your care and the terrific support you gave our Dad this past year. The team is outstanding and he did well because of all that was done for him. Special thanks to the Hospice team as well.

Funeral services will be held Saturday, June 13, 2015 at 8:30 am from McLoughlin & Mason Funeral Home, corner of 109th Street and Third Avenue, Lansingburgh and at 9:00 am at St. Augustine's Church 25 115th Street, Lansingburgh where the Mass of Christian Burial will be celebrated.

He will be buried next to his wife, Gretchen at St Mary's Cemetery, Troy. Calling hours will be held on Friday from 4 pm to 7 pm at the funeral home.

His memory will cherished forever by his only son Steve. Contributions can be made to St Augustine Church's Heritage Memorial Fund Troy, NY. Please visit Steve's everlasting Book of Memories at

To order memorial trees or send flowers to the family in memory of Stephen Veselka Sr, please visit our flower store.
Send a Sympathy Card