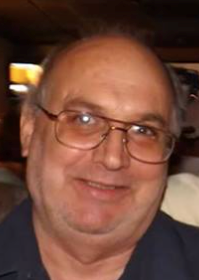 California- Thomas A. Gehrig, 59, of Pomona, California, died peacefully in his sleep on August 2, 2018, in Corinth, NY.

Tom, also known as Henry or Hankster, was born on September 19, 1958 in Madison, Wisconsin. When he was about 4, his family moved to Wynantskill, NY, where he resided until he headed out West.  He attended Troy High School & Russell Sage College. He lived in several locations until he finally settled in Southern California.  He worked for the LA school district for a number of years, and was a sales & parts manager for street sweeping companies.  Tom’s biggest and most important job, however, was taking care of his extended family & friends. He had a huge heart & was always taking care of someone in need.  In the end, all we take with us is our good deeds & love that we showed others. His untimely death will leave a void in all of those whose lives he touched.

Tom was a Roman Catholic who thoroughly enjoyed spending time with family & friends. He was a big Nascar fan & this past Spring, he had the thrill of meeting Mario Andretti! He enjoyed travelling & visited many popular landmarks throughout the states.

He was pre-deceased by his father, Robert F. Gehrig, & his Brother-in-Law, Frederick R. Mathews. He is also survived by many close friends, including his extended families in California & his life-long friend, Mary McDermott, who treated him like royalty whenever he was in town!

To order memorial trees or send flowers to the family in memory of Thomas Gehrig, please visit our flower store.