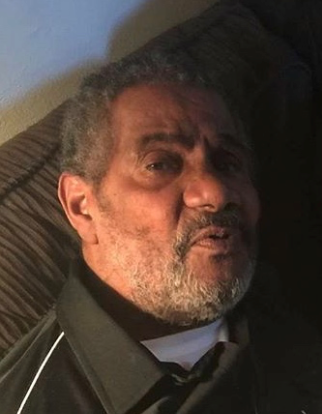 He met his wife Mecca Andrades (Johnson) in 1991 also in the Bronx, New York. Mecca was the friend of his sister Rosa. He always asked about her until he finally made his oldest son (Mikey) go tell her that he wanted to be with her. They immediately bonded, becoming an item by June, married by November, and pregnant by December. Together they conceived his beautiful baby girl Quaneesha Andrades. Mecca and Junior remained married until his last breath (as they say till death do they part). As a family including Mecca, Quaneesha, Shaniqua Sparrow, and Junior, they raised E’Mariona Sparrow-Andrades.

Junior remains survived by his mother, in-laws Cassandra and Ed, wife, 9 siblings, 6 children, and an abundance of grandchildren, nieces, and nephews whom all love and cherish him.

Junior was a funny person to be around. He always played around with everyone and really knew how to push their buttons, from his mother down to his nieces and nephews. He was a man you had to take in doses but couldn’t get enough of. He made sure to keep every last person he encountered in his 61 years of life on their toes and thinking twice about things.

One thing we all learned that will follow us wherever we go “WATCH OUT WITH MY FEET!” He made sure to sit in the middle of any function, left leg out. But lord help you if you as little as stood to close to those feet of his.

To order memorial trees or send flowers to the family in memory of Victor Andrades, please visit our flower store.
Send a Sympathy Card