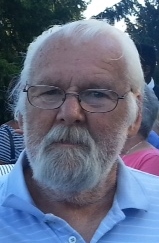 Born in Pountney, Vt., He was the son of the late James Deo and Beverly Stark Deo and loving husband to the Janice Deo.

Walter worked for Siena College for many years, he was known as "Santa Claus" to many and he especially enjoyed dressing up and playing Santa Claus.

Walter was predeceased by his sisters, Beverly Upton and Barbara Millington, his brothers, James Deo, Billy Deo and Robert Deo, his sisters in law, Dorothy Deo and Tina Deo.

Donations may be made to American Heart Association or Diabetes Foundation in memory of Walter Deo.

To order memorial trees or send flowers to the family in memory of Walter Deo, please visit our flower store.
Send a Sympathy Card