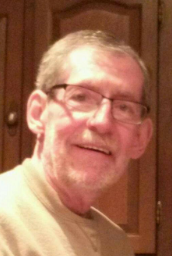 Cohoes- On October 12th 2018, William C. McKeon, loving husband, father of three daughters and grandpa of three grandsons, died peacefully at the age of 71, and was reunited with the love of his life, his wife Pat.

He was born in Troy NY, to the late William and Katherine McKeon.  He graduated LaSalle Institute in Troy NY, and briefly attending college in Albany NY, but soon thereafter drafted to serve his country on February 10th, 1967 for the United States Army as SP 4 in the Vietnam war.   On January 29th, 1969 he was honorably discharged and was safely returned home.  Dad found his love, Pat and the two married March 16th 1974.  Mom and dad raised three daughters, Tracey, Kimberley, and Kelly. Dad also had three grandsons Gabriel, Jacob and Andrew, another generation of kids to pull his finger.

"Mr. Bill" retired an engineer of the custodial arts from the Lansingburgh School District.  Post retirement, Dad could be found at family gatherings on weekends, swearing at the antics of his beloved Buffalo Bills while savoring the taste of the Rockies and a classic combination of chocolate and peanut butter.  Dad was well known for his gentle soul, his quick wit, his mastery of idioms, and his flair for obscure facts.

Dad was preceded in death by both of his parents and his bowling partner, fishing companion, and sometimes buzz killer, his love, Patricia.

Calling hours Thursday March 28, 2019 from 5 to 7 pm at McLoughlin & Mason Funeral Home, corner of 109th Street and Third Avenue, Lansingburgh. Burial with military honors at 10 am on Friday March 29, 2019 at Saratoga National Cemetery, Schuylerville..  In lieu of flowers, drink a cold Coors Light in Dads honor AND send donations to The Hospice Inn At St. Peters Hospital at http://www.communityhospice.org/donate.

To order memorial trees or send flowers to the family in memory of William McKeon, please visit our flower store.
Send a Sympathy Card