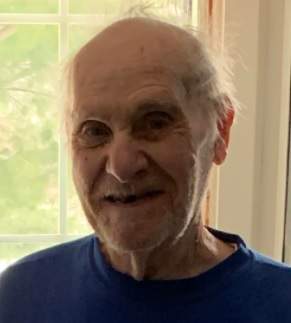 Born in Troy, he was the son of the late Charles Schongar and Marguerite Denaaker Schongar.

William graduated from Catholic Central High School. He served proudly in The United States Army as a medic from 1952 to 1954 during the Korean War.

William worked for the United States Postal Service for 20 years, retiring in 1993.

He enjoyed camping and fishing with his dog “Sticks” at his camp in Petersburg, he was an avid New York Giants fan, he was a former bowler in Perennial League at Alpha Lanes, he was a proud member of the Lansingburgh Vets Club and the former St. Patrick’s Church in Troy.

He was a very dedicated son in the care of his late mother, whom he took great care of after his father’s passing.

In addition to his mother and father, William was predeceased by his brothers Charles, Joseph, John, George and Alfred Schongar.

Family and friends are invited and may call from 9:00 am to 10:30 am on Wednesday August 18, 2021 at the McLoughlin & Mason Funeral Home, corner of 109th Street and Third Avenue, Lansingburgh. A funeral mass will follow 11:00 am on Wednesday at St. Augustine’s Church 25 115th Street, Troy. Burial with military honors will follow at St. John’s Cemetery.

Memorial donations in memory of William may be made to Alzheimer’s Association a at  https://act.alz.org/donate

To order memorial trees or send flowers to the family in memory of William Schongar, please visit our flower store.